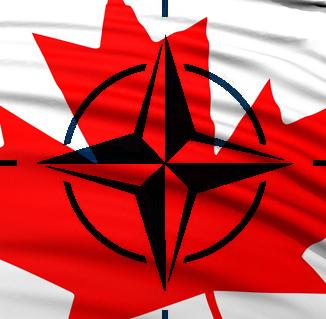 A Peace Train is rolling through Syria, but Canada and its terrorist-supporting allies are not on it.

If Canada wanted peace, it would be applauding the Axis of Resistance’s victories over terrorists in Syria and Iraq.

But Canada’s silence is loud and clear.

The growing “Peace Bloc”, as described by renowned investigative reporter Vanessa Beeley,[1]includes Syria, Russia, Iran, Hezbollah, and Iraq.  These are the forces that are defeating the Western-backed terrorists who are destroying Syria and murdering its peoples.

Although terrorists are still infesting some areas in Syria – and civilians are still being murdered on a regular basis — a complete victory over terrorism is in sight.  The SAA victory at Abu Kamal in east Syria— dubbed the “Mother of All Battles” — was especially significant.

Canada and its allies have shown themselves to be rogue aggressor nations and so not suited to lead the way towards respect for international law and peace.  Nor have they chosen to follow such a path.

For the sake of humanity, Canada and its criminal cohorts need to apologize for supporting the terrorists, leave Syria (including its air space), end the illegal sanctions, and stop stealing tax dollars that support illegal wars. Of course there should be trials at the Hague as well.Criminal War Propaganda

Corporate media, which has enabled the criminality, should also be prosecuted.

International criminal lawyer Christopher C. Black, who was a lead defence counsel in the Rwanda war crimes tribunal, and an advisor to Slobodan Milosevic at the ICTY, argues that,

The journalists who write these propaganda pieces and the presenters who read them on television are among the worst of criminals as they sit there looking attractive, with their fake smiles and fake concern, while taking lots of money to lie to our faces every day. It takes a very low person to sit there and lie to their fellow citizens so easily. It takes someone who has no sense of morality whatsoever. One could say they are sociopaths. But criminals they are and they deserve to be in the dock with the leaders that hand them the scripts they read so willingly.[2]

Spreading the Truth and Countering the Lies