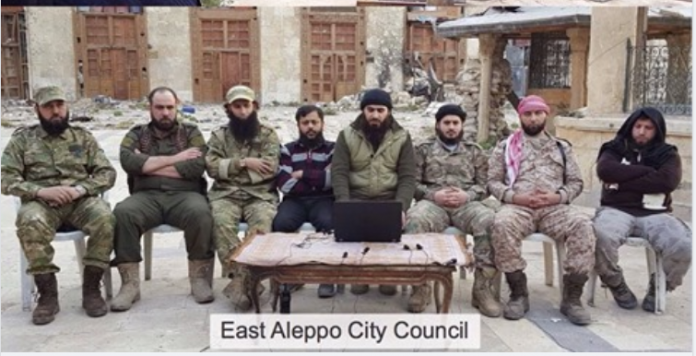 I’m standing where the leaders of the armed groups were last year when our news was calling them the “East Aleppo City Council”. Their representatives did live interviews with CNN about how they’re totally not affiliated with Al Qaeda any more.

Channel 4 did a documentary promoting the Al Zenki group ran by the guy in the striped shirt while he was also in a video where they beheaded a young boy.

They were given advertorials in the New York Times about how they don’t wanna attack the west, just the “evil Assad regime”, to justify the US sending more powerful guns and rockets to them so they could fight for “freedom” and stuff.

I’m not making any of this up. This is actually the world we live in.