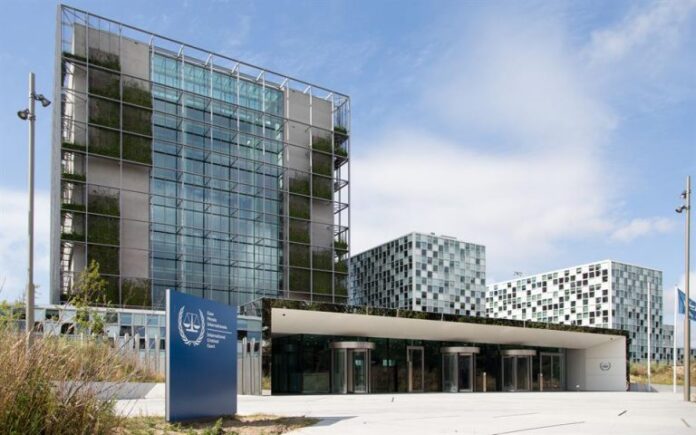 We bring to the attention of Global Research readers, the full text of the legal procedure at the ICC regarding the “corona virus “vaccines”.

Please forward this text far and wide to ensure that it reaches millions of people Worldwide. Similar legal procedures should be initiated internationally.

Based on the extensive claims and enclosed documentation, we charge those responsible for numerous violations of the Nuremberg Code, crimes against humanity, war crimes and crimes of aggression in the United Kingdom, but not limited to individuals in these countries.

Victim(s): THE PEOPLES OF THE UNITED KINGDOM

Legal representation and election of domicile

Consequently, all subsequent correspondence shall be sent only to the email address given above. Any notification within the meaning of the Statute of the Court addressed in this way will be considered valid.

This communication and complaint is provided to the office of the Prosecutor pursuant to the United Kingdom’s accession to the International Criminal Court’s Rome Statute deposited with the Secretary-General of the United Nations on October 4, 2000.

We have tried to raise this case through the local English police and the English Court system without success, we have been unable to even get the case registered either with the police or with the court after several attempts. The statute for the ICC declares that “The ICC is intended to complement, not to replace, national criminal systems; it prosecutes cases only when a State is unwilling or unable genuinely to carry out the investigation or prosecution (Article 17(1)(a)). This is such a case which is why we are addressing the ICC directly.

The Corona virus ‘vaccines’ are an innovative medical treatment, which have only received temporary Authorisation under Regulation 174 of the Human Medicine Regulations Act (2012). The long-term effects and safety of the treatment in recipients are unknown. It is important to note that the CoronaVirus ‘vaccines’ are the world’s first introduction to the synthetic m-RNA technology and all previous immunisations worked in a totally different manner, by way of introducing a deactivated or weakened virus to the body to trigger a natural arousal of the immune system against it. As detailed by Dr Mike Yeadon, the risks anticipated by this innovative medicaltreatment are hereby enclosed as Appendix 1 to this request.

All Phase 3 COVID-19 vaccine trials are ongoing and not due to conclude until late2022/early 2023. The vaccines are, therefore, currently experimental with only limited short-term and no long-term adult safety data available. In addition, they are using a completely new mRNA vaccine technology, which has never previously been approved for use in humans. The mRNA is effectively a pro-drug and it is not known how much spike proteinany individual will produce. Potential late-onset effects can take months or years to become apparent. The limited children’s trials undertaken to date are totally underpowered to rule out uncommon but severe side effects.

The Covid-19 ‘vaccines’ do not meet the requirements to be categorised as vaccines and are in fact gene therapy (Appendix 8). The Merriam-Webster dictionary quietly changed the definition of the term ‘vaccine’ to include components of the COVID-19 m-RNA injection. The definition of vaccine was specifically changed due to the Covid-19 injection on February 5th 2021. Dr Mike Yeadon, joint applicant on this request, asserts that claims calling the Covid-19 injections a ‘vaccine is public manipulation and misrepresentation of clinical treatment. It’s not a vaccination. It’s not prohibiting infection. It’s not a prohibiting transmission device. It’s a means by which your body is conscripted to make the toxin that then allegedly your body somehow gets used to dealing with it, but unlike a vaccine, which is to trigger the immune response, this is to trigger the creation of the toxin.’ MRNA uses the cell’s machinery to synthesize proteins that are supposed to resemble the SPIKE protein of the virus, which is what it uses to enter cells via the ACE2 receptor. These proteins are then identified by the immune system, which builds antibodies against them. The real concern isthat these proteins could accumulate in the body especially in regions of high concentration of ACE2 receptors, such as the gonads. If the immune system then attacks the location where they accumulate, then you could be dealing with an auto-immune condition.

A review from the University of Oxford’s Centre for Evidence-Based Medicine (Appendix 2) found that the standard PRC test is so sensitive, that it can detect old infections by picking up fragments of dead viral cells. Originally developed to detect the presence of DNA and RNA in biological samples, even its Nobel Prize-winning inventor Kary Mullis declared that PCR was never intended to diagnose a disease. It simply detects the presence of specific genetic material, which may or may not indicate infection. As Dr. Kary Mullis put it, the PCR technique can find almost anything in anybody. The PCR test uses amplification cycles to find viral RNA. The sample is repeatedly chemically amplified to increase the RNA copies until they can be detected. Each “cycle” of amplification doubles the number of molecules in a sample. If you run enough cycles, you can effectively find a single molecule of any substance. Public Health England (PHE) policy confirms that the cycle threshold should beset around 25.6 and if the machine must run more than 25 to 35 cycles (Appendix 2a) to get the sample to the test’s Limit of Detection, there isn’t enough virus in the sample to matter clinically.

We have information from freedom of information requests that as many as 40-45 cycles are being carried out (Appendix 3, 3a, 3b, 3c) which is too many because it increases the chance of a positive result even without coronavirus RNA being present in the original sample –hence the ‘asymptomatic’ individuals. In addition to being completely unreliable the PCR tests also contain carcinogenic ethylene oxide. (Appendix 48)

Featured image is from Inga – stock.adobe.com

The Corruption of Science. The Hydroxychloroquine Lancet Study Scandal. Who Was...