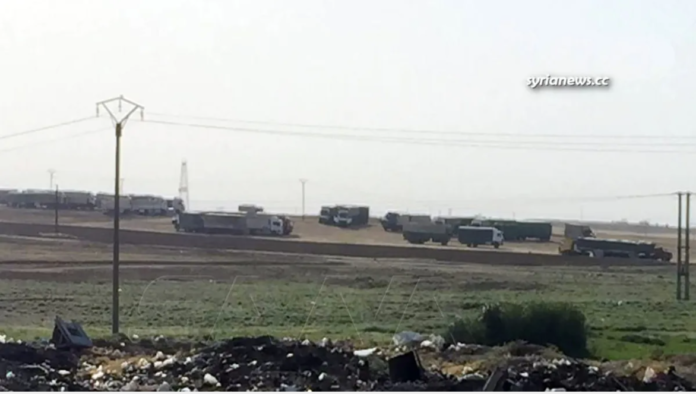 Biden regime has stolen more Syrian wheat. On 18 June, American illegals in the Levantine Republic moved forty trucks filled with the country’s grain, moving them into Iraq via criminal use of the al Walid Crossing in the al Yarubiyah region of Hasakah governate.

ndigenous locals told the Syrian Arab News Agency (SANA) that Biden forces engaged in their latest round of massive theft of Syrian grains with the assistance of the armed insurrectionist SDF separatist Kurds (ironically or arrogantly supported by the same US politicians who screech the loudest over ”domestic terror” fears in their own country). The SDF terrorists function as cannon fodder committed to ethnic cleansing and assisting NATO oligarchs in creating a new Sykes-Picot occupation, and sometimes are permitted to pretend that they are guarding American military invaders, occupiers, and food and oil thieves.

Syria News reminds our readers that on 15 June, UN humanitarians issued a public letter via ReliefWeb to the Security Council, calling for UNSCR 2585 (2021) to be renewed on 10 July, and also calling for the further increase of cross-border corridors which will further breach Syria’s sovereignty.

UN ‘humanitarians’ want to breach Syria’s sovereignty but are not concerned with Biden’s looting of oil & food grains.

The humanitarian Global Center for the Responsibility to Protect aptly described the original SC Resolution 2165 (2014) as cross-border entries “without the consent of the Syrian government.”

Syria News again reminds our readers that not one of the NATO-affiliated UN humanitarians has ever uttered a condemnation of the massive Trump and Biden thefts of Syrian oil and wheat.

We do not anticipate a condemnation of Biden’s most recent war crime against the Syrian Arab Republic.