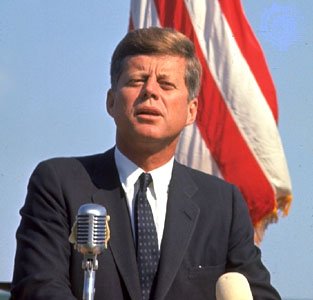 Bob Dylan’s Explosive Song “Murder Most Foul”, History of the JFK Assassination and “The Interview”

Commemoration of the Assassination of JFK on November 22, 1963

Imagine this: A so-called presidential historian for a major television network publishes an interview in the most famous newspaper in the world with the most famous singer/songwriter in the world, who has recently written an explosive song accusing the U.S. government of a conspiracy in the assassination of the most famous modern American president, and the interviewer never asks the singer about the specific allegations in his song except to ask him if he was surprised that the song reached number one on the Billboard hit list and other musical and cultural references that have nothing to do with the assassination.

Imagine no more.  For that is exactly what Douglas Brinkley, CNN’s presidential historian, has just done with his June 12, 2020 interview with Bob Dylan in the The New York Times. The interview makes emphatically clear that Brinkley is not in the least interested in what Dylan has to say about the assassination of the President of the United States, John F. Kennedy, whose murder most foul marks in the most profound way possible the devolution of the U.S. into the cesspool it has become. Brinkley has another agenda.

He introduces the interview by sketching in his relationship with Dylan and tells us that he therefore felt “comfortable” reaching out to him in April after Dylan had released his song about the JFK assassination, “Murder Most Foul.” He conveniently links to a New York Times piece by John Pareles wherein Pareles writes about the surprise song release, “The assassination of John F. Kennedy is its core and central trauma — “the soul of a nation been torn away/and it’s beginnin’ to go into a slow decay” — while Dylan tries to find answers, or at least clues, in music.”

That is simply false – for Dylan emphatically does not try to find answers or clues to JFK’s murder, but boldly states his answer.  If you listen to his piercing voice and follow the lyrics closely, you might be startled to be told, not from someone who can be dismissed as some sort of disgruntled “conspiracy nut,” but by the most famous musician in the world, that there was a government conspiracy to kill JFK, that Oswald didn’t do it, and that the killers then went for the president’s brothers.

But neither Pareles or the presidential historian interviewer Brinkley has any interest in Dylan’s answer.  As I wrote five days after the song’s release, it was already clear that the corporate mainstream media were in the process of diverting readers from the core of Dylan’s message:

While the song’s release has garnered massive publicity from the mainstream media, it hasn’t taken long for that media to bury the truth of his words about the assassination under a spectacle of verbiage meant to damn with faint praise.  As the media in a celebrity culture of the spectacle tend to do, the emphasis on the song’s pop cultural references is their focus, with platitudes about the assassination and “conspiracy theories,” as well as various shameful and gratuitous digs at Dylan for being weird, obsessed, or old.  As the song says, “they killed him once and they killed him twice,” so now they can kill him a third time, and then a fourth ad infinitum.  And now the messenger of the very bad news must be dispatched along with the dead president.

Brinkley continues this coverup under the guise of promoting Dylan’s upcoming album, Rough and Rowdy Ways, while showing his appreciation for Dylan’s music and his genius and asking questions that emphasize cultural and musical allusions in the new album, and making certain to not allow Dylan’s explosive message any breathing room.

Here is Brinkley’s opening question, the only semi-direct one the presidential historian deems worthy of asking about “Murder Most Foul” and the assassination of an American president.  This question opens the interview and shuts the door on further inquiry.  It is a ridiculous question as well:

Was “Murder Most Foul” written as a nostalgic eulogy for a long-lost time?

To which Dylan responds:

To me it’s not nostalgic. I don’t think of “Murder Most Foul” as a glorification of the past or some kind of send-off to a lost age. It speaks to me in the moment. It always did, especially when I was writing the lyrics out.

Could Brinkley really think he was asking a serious question?  Nostalgia? What, for a brutal assassination, as Dylan describes it:

Being led to the slaughter like a sacrificial lamb

The day that they blew out the brains of the king
Thousands were watching, no one saw a thing

No, the presidential historian knew the question wasn’t serious.  Did he think Dylan was nostalgic for the bloody murder of a man he calls the king, as he sings the part of Hamlet sending his midnight message of truth and revenge to JFK’s ghost?  Of course not.  Brinkley was doing what all the mainstream corporate media do: Making sure the truth was hidden behind a stream of pop cultural references and questions that would appeal to The New York Times’ aging readers who are nostalgic for their youth as they contemplate old age and death.

When Dylan answers one of his questions about his recent song, “I Contain Multitudes,” by saying “it is trance writing,” he uses a word that applies to this New York Times’ interview.  It is a trance-inducing interview meant to do what the Times has been doing for nearly six decades: obfuscating the truth about the murder of President Kennedy by the national security state led by the CIA. The same CIA that has always found a most receptive mouthpiece in the Times.

This interview, that begins with a witless question about nostalgia, ends with the question all the aging baby boomer Times’ readers were waiting to hear Brinkley ask Dylan:

How is your health holding up? You seem to be fit as a fiddle. How do you keep mind and body working together in unison?

From nostalgia to health more or less sums up this interview.

Murder be damned – even when Dylan’s song that initiated this interview, “Murder Most Foul,” truly startles and is a redemptive song. For Dylan holds the mirror up for us. He unlocks the door to the painful and sickening truth of JFK’s assassination.  He shoves the listener in, and, as he writes in Chronicles, “your head has to go into a different place.  Sometimes it takes a certain somebody to make you realize it.”

Bob is that certain somebody.

“What is the truth and where did it go?” he asks.

Brinkley asks other questions to take your head to places where you won’t see a thing.  It’s quite a magic trick.

Listen to Edward Curtin’s interview with One Radio Network below, “The Shallow Deep-State Goes Deeper as It Moves Toward Martial Law”.

The following are the highlights of the interview:

Distinguished author and sociologist Edward Curtin is a Research Associate of the Centre for Research on Globalization. He is the author of the new book: https://www.claritypress.com/product/seeking-truth-in-a-country-of-lies/Bob Dylan’s Midnight Message to JFK’s Ghost