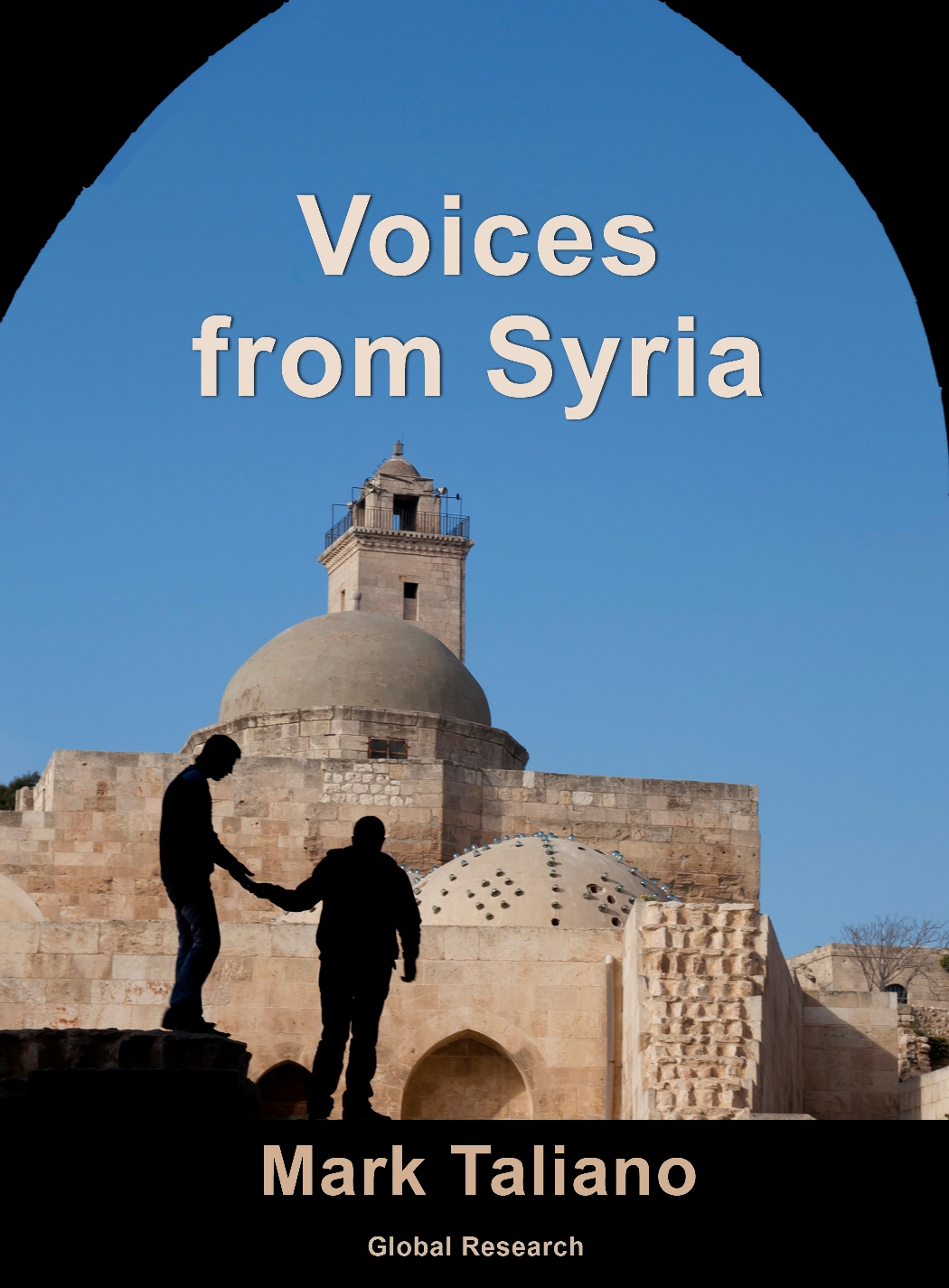 Between 15 and 23 September 2016, I travelled to war-torn Syria because I sensed years ago that the official narratives being fed to North Americans across TV screens, in newsprint and on the internet were false. The invasions of Afghanistan, Iraq, and Libya were all based on lies; likewise for Ukraine. All of the post-9/11 wars were sold to Western audiences through a sophisticated network of interlocking governing agencies that disseminate propaganda to both domestic and foreign audiences. But the dirty war on Syria is different. The degree of war propaganda levelled at Syria and contaminating humanity at this moment is likely unprecedented. I had studied and written about Syria for years, so I was not entirely surprised by what I saw. What I felt was a different story. Syria is an ancient land with a proud and forward-looking people. To this ancient and holy land we sent mercenaries, hatred, bloodshed and destruction. We sent strange notions of national exceptionalism and wave upon wave of lies. As a visitor I felt shame, but Syrians welcomed me as one of them. These are their stories; these are their voices.

Voices from Syria is a powerful account of a message from the Syrian people telling the West to stop killing innocent civilians in pursuit of their fake “war on terrorism”
Prof James Petras, Bartle Emeritus Professor, University of Binghampton, New York.

Canadian Mark Taliano has brought together an excellent mix of anecdotes and analysis to create a very accessible short book on the terrible Syrian conflict. It should serve as a primer for all those who feel curious, dissatisfied or cheated by the near monolithic war chorus of the western corporate media. Mark is one of those few westerners who took the trouble to travel to Syria during this war, to talk to Syrians of all ranks and see for himself the human reality of this country which, in 2011, became the latest target of the Washington-led coalition. He deftly mixes stories from soldiers, doctors, politicians, clerics and ordinary citizens with his prior reading. That reading includes the invaluable insights of a new generation of investigative journalists, in particular Eva Bartlett and Vanessa Beeley. Start with Mark’s first chapter ‘In Their Own Voices’ and you won’t put it down. He humanises the Syrian people, their culture and their nation in a way that is normally not permitted at wartime.
Tim Anderson, Distinguished Author and Senior Lecturer of Political Economy, University of Sydney, Australia

We bring to the attention of our readers Mark Taliano’s Book entitled Voices from Syria. In contrast to most geopolitical analysts of the Middle East, Mark Taliano focusses on what unites humanity with the people of Syria in their struggle against foreign aggression. Taliano talks and listens to the people of Syria. He reveals the courage and resilience of a Nation and its people in their day to day lives, after more than five years of US-NATO sponsored terrorism and more than two years of US “peacemaking” airstrikes which have largely targeted Syria’s civilian infrastructure.

Taliano refutes the mainstream media. The causes and consequences of the US-led war on Syria, not to mention the extensive war crimes and atrocities committed by the terrorists on behalf the Western military alliance are routinely obfuscated by the media. He is committed to reversing the tide of media disinformation, by reaching out to Western public opinion on behalf of the Syrian people. Voices from Syria provides a carefully documented overview of life in Syria, the day to day struggle of the Syrian people to protect and sustain their national sovereignty.

‘We’re in the Middle of a Major Biological Catastrophe’: COVID Expert...