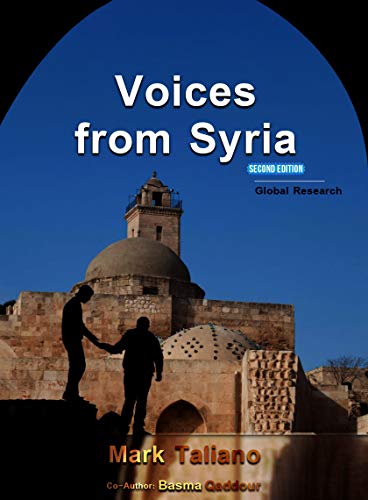 In this Second Edition of Voices from Syria, Taliano and esteemed Syrian journalist Basma Qaddour draw on years of combined research and on-the-ground observations to further amplify and document the on-going tragedy that is the West’s catastrophic Regime Change war against Syria and Syrians.

The ‘War on Terror’ is further exposed as the criminal fraud that it has always been, and the Supreme criminality of the West and its allies is demonstrated in both words and photos.

Syria’s ultimate victory, led by President Bashar al-Assad, will be a victory for civilization itself, against the dark forces of a monstrous Empire, and its de facto ground forces: al Qaeda, ISIS, and affiliated terrorists.

Interview with Lawyer Reiner Fuellmich about the Covid fraud in Oct...