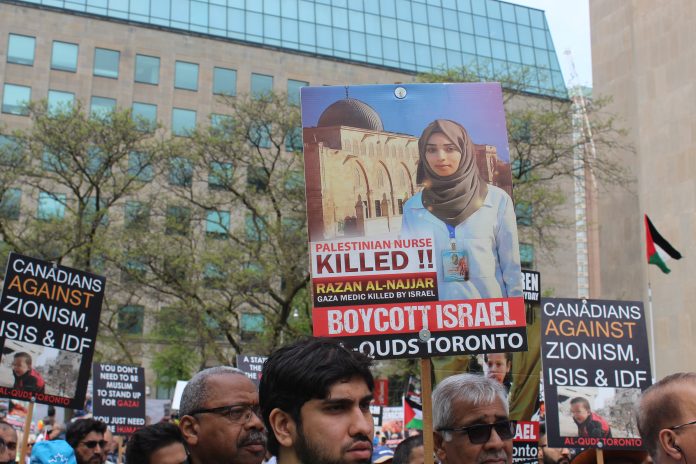 The Prime Minister’s recent statement that,  “(t)his message, that politicians of all different stripes are out to support them, that the country takes to the streets across Pride Month and at Pride events, to support our friends in the LGBT communities, that we are all allies, continues to be an important message here in Canada, and of course, around the world ever more so,”[1] reinforces the notion that human rights are important to Canada and to the globe itself.

The subterranean messaging is that globalized human rights are important to Canada.

“Perception Management” is all important to Canadian politicians.  Propaganda and political theatre are the message, and the message is a Big Lie.

Globalization does not serve public or human rights interests.  In fact, it erases nation-state sovereignty and democracy – fundamental preconditions for public interests and human rights — replacing both with totalitarian supranational diktats.  Sovereignty, democracy, and human rights are fabricated perceptions.

We’ve seen globalization at work.  So-called free-trade deals coupled with Investor State Dispute Settlement clauses — where fractious issues are “resolved” in secret tribunals outside the jurisdiction of Canadian laws[2] — offer freedom for companies to over-ride nation-state sovereignty.  “Sovereign”[3] corporations are “free” to accept public money, and then to relocate to low-wage, weak labour rights locales. Capital is “free” to impoverish and enslave the masses.

Globalism, imperialism, and predatory political economies are closely aligned. Imperialists destroy nation-states, with the utterly false and ridiculous pretexts of “humanitarian intervention”, with a view to imposing predatory political economies where masses of humanity become impoverished, displaced, and/or denizens of refugee/concentration camps, as is the case in Syria.

Human and all rights are obliterated where terrorist proxies rule, but also in society at large when national institutions and national governance is destroyed. Libya, which previously boasted the highest Standard of Living in all of Africa[4], is now an impoverished, looted, and plundered shadow of its former self, — and host to open market slave trading.

P.M Trudeau may well be progressive in his personal life, but the substance of the diktats ruling and ruining Canada are hardly progressive.  The same neoliberal political economies imposed on prey nations are hard at work in Canada as well.

Nation-state and human-rights destroying globalization, cloaked in veils of “perception management”, enabled and empowered by identity politics, is playing us all for fools.

Mark Taliano is a Research Associate of the Centre for Research on Globalization (CRG) and the author of Voices from Syria, Global Research Publishers, 2017. Visit the author’s website at https://www.marktaliano.net.

Empire Perpetrates Its Dirty War on Syria Beneath the Protected Cover...