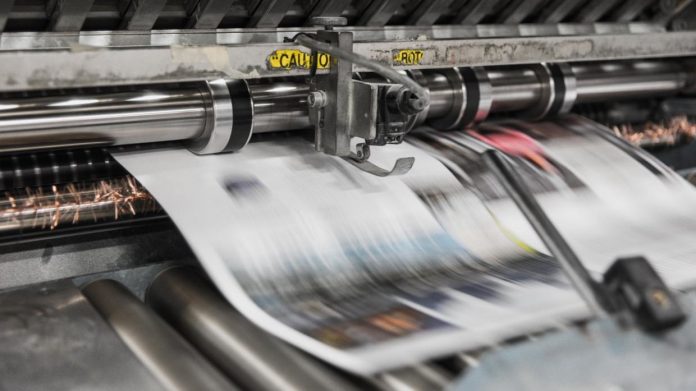 As a Canadian journalist, I could be subject to a censorship bill which, if passed in Senate, means the government in Canada can effectively shadow-ban and censor my voice into oblivion, along with other dissenting voices.

After seeing his tweet on the issue of Bill C-10, recently passed in the House of Commons, I spoke with Canadian journalist Dan Dicks about this. He explained that the bill is being presented as being about Canada bringing Big Tech companies under the regulation of the CRTC (Canadian Radio-television and Telecommunications Commission), to have them display more Canadian content.

“But what people are missing,” he cautioned, “is that there were clauses put into this bill, protections for certain publishers and content creators that would protect people like myself and yourself.”

Those clauses, he said, were recently removed from the bill, leading many content-creating Canadians aware of the bill to worry they will be treated the same as a broadcaster or a programmer, subject to the regulations of the CRTC.

The bottom line is that, beyond the mumbo jumbo of the government, this is the latest attack on freedom of expression, and on dissent.

“It really appears that it’s a backdoor to be able to control the free flow of information online, and to begin to silence voices that go against the status quo,” Dicks said, warning that fines for violators could follow.

It’s not looking good for individual content creators. Anybody who has any kind of a voice or a significant audience, where they have the ability to affect the minds of the masses, to reach millions of people, they are going to be the ones who are on the chopping block moving forward.”

Names like James Corbett come to mind. Although based in Japan, as a Canadian he would be subject to the bill. And with his very harsh criticisms of many issues pertaining to the Canadian government, he is a thorn they would surely be happy to remove under the pretext of this bill.

Or researcher Cory Morningstar, authors Maximilian Forte, Mark Taliano, Yves Engler, or outspoken physicist Denis Rancourt, to name a handful of dissenting voices. Agree or not with their opinions, they have the right to voice them.

Or myself. I’ve been very critical of Canada’s Covid policies and hypocrisy, as well as Canada’s whitewashing of terrorism in Syria, support to neo-Nazis in Ukraine, and unwavering support for Israel which is systematically murdering, starving, and imprisoning Palestinian civilians–including children.

An article on the Law & Liberty website, which describes itself as focussing on “the classical liberal tradition of law and how it shapes a society of free and responsible persons,” notes the bill enables “ample discretion to filter out content made by Canadians that doesn’t carry a desirable ideological posture and [to] prioritize content that does.”

The article emphasizes that the bill violates Canadians’ right to free expression, as well as “the right to express oneself through artistic and political creations, and the right to not be unfairly suppressed by a nebulous government algorithm.”

It noted that Canadians with large followings, like Jordan Peterson, Gad Saad and Steven Crowder, “each enjoy audiences which far exceed any cable television program.”

As with my examples above, these prominent Canadian voices likewise risk shadow-banning under this bill.

But, worse, there is another bill, C-36, that also portends heavy censorship: the “Reducing Online Harms” bill. This one not only involves censorship, but hefty fines and house arrests for violators

The same  Law & Liberty article notes, “Canada is also expected to follow the template of Germany’s NetzDG law, which mandates that platforms take down posts that are determined to constitute hate speech—which requires no actual demonstrated discrimination or potential harm, and is thus mostly subjective—within 24 hours or to face hefty fines. This obviously will incentivize platforms to remove content liberally and avoid paying up.”

The Canadian Constitution Foundation (CCF), rightly, contests this bill, noting, “the proposed definition of hate speech as speech that is ‘likely’ to foment detestation or vilification is vague and subjective.”

Maxime Bernier, leader of the People’s Party of Canada, is likewise extremely critical of the bills.

The CCF points out the potential complete loss of Canadians’ fundamental rights with these bills.

It should be common sense that these bills are extremely dangerous to Canadians, however cloaked in talk of levelling playing fields and of combating hate speech they may be.

“The reports in the western media are twisted fabrications of the...