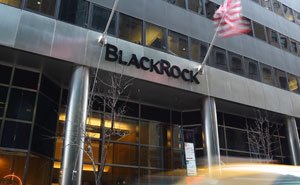 More voices have been added to the urgent call for federal financial help to struggling municipal governments across Canada, hit by the pandemic lockdown.

On May 20, CUPE Ontario (representing 80,000 municipal employees) and the Association of Municipalities of Ontario (representing about 440 municipal councils) joined forces to appeal for immediate federal and provincial emergency funding. Their appeal backs a similar call put out by the Federation of Canadian Municipalities in mid-April, urgently asking the federal government for $10 billion in emergency aid.

Our cities have taken a huge economic hit from the pandemic lockdown of the last ten weeks, losing necessary income from transit fares, municipal parking, building permits, rents from recreational facilities and civic buildings, land transfer taxes, etc., as everything ground to a halt.

At the same time, municipalities have had to maintain police and fire departments, ambulance and emergency medical services, garbage collection, water and waste treatment systems, temporary housing for the homeless, and other services that keep our cities livable.

Since mid-April, mayors and councillors have been calling for financial help, but the Trudeau Liberals have been strangely quiet about federal assistance for them, although the Toronto Star (May 22) quoted Trudeau as recently saying that “the federal government is eager to hear from the provinces how we can support cities.”

Lots of money has been flying out the door for other sectors of the economy, but so far nothing for municipalities. That situation could actually benefit the company that has been hired to advise the Bank of Canada (BoC) on the use of its massive money spigot to sustain the economy during the pandemic.

On March 27, the BoC (Canada’s publicly-owned central bank) announced that BlackRock Financial Markets Advisory has been hired to advise on monetary policy during the crisis. The announcement came just hours after BlackRock was given a similar role in the U.S., advising the U.S. Federal Reserve and the U.S. Treasury on a new (potentially $4.5 trillion) corporate slush-fund to bailout the economy through the CARES Act.

As the world’s largest asset management firm, New York- based BlackRock is a financial titan.  It manages $7 trillion for its global corporate investor-clients, along with another $20 trillion for clients through its financial risk-monitoring software (called Aladdin).

BlackRock’s many investor-clients include most major corporations, banks, insurance companies, pension funds, sovereign wealth funds, central banks, and private foundations across the planet. With $27 trillion under various forms of its management, BlackRock towers over the finance, insurance, and real estate sectors. This much consolidated financial power may be unprecedented.

BlackRock has long been in favour of the privatization of public assets and services, especially through public-private partnerships (P3s). The longer Canadian cities face economic hardship, the sooner they may be forced to privatize.

Now the central banks on both sides of the Canada-U.S. border have placed BlackRock in a primary position for effecting monetary and fiscal policy in both countries. As I wrote in Counterpunch (April 8), that is “flagrant corporatism”.

The EU then hired BlackRock to advise on new environmental rules for banking supervision across Europe. At the same time, BlackRock is also reportedly advising Israel’s central bank. As a result, BlackRock’s billionaire founder and CEO Larry Fink may now be the most powerful man in the world.

Some attention has been paid to the fact that, during the 2007–2010 Wall Street bailout, BlackRock’s Larry Fink played a major role in advising governments and corporations in how to deal with toxic assets from crashing banks. But something important is being overlooked.

As I wrote in my 2016 book Beyond Banksters, these governments and corporations “sought Fink’s advice, despite the fact that (as Fortune reported in 2008) BlackRock’s Larry Fink ‘was an early and vigorous promoter [of] the same mortgage-backed securities’ responsible for the crisis. ‘Now his firm is making millions cleaning up those toxic assets,’ Fortune noted.”Was the Federal Reserve Just Nationalized?

On May 21, the website Wall Street on Parade.com revealed that during the 2007-2010 financial crisis, BlackRock “collected fees from the Fed of at least $212.02 million” for its advice.

Now, during the pandemic, the New York branch of the Fed has signed contracts with BlackRock to run its $750 billion corporate bond buying programs. “The Fed will be allowing BlackRock to buy up its own junk bond and investment grade ETFs [Exchange Traded Funds].”

When asked in April why BlackRock was selected and what its duties would be, a Bank of Canada Public Information Officer responded by email with a boilerplate answer about the company’s “prominent role in the Canadian financial system” and its “operational capacity” to respond quickly. The Officer emphasized that BlackRock “has been hired to advise only,” while the BoC would make decisions about things like the “pricing parameters and which types of assets to buy.”

Since late March, the BoC has been buying up Canadian Government bonds (at least $5 billion per week), along with various forms of corporate debt – such as mortgage-backed securities and commercial paper (short-term corporate debt).

On April 30, Stephen Poloz, outgoing Governor of the BoC, told the Ivey School of Business in London, Ont. that the past weeks have been “a blur” of efforts to “ensure well-functioning financial markets” through the BoC’s enhanced “liquidity facilities”. Poloz explained, “Central banks can create the needed liquidity by accumulating assets that people don’t want and providing the cash they wish to hold.”

We may never know just how many toxic assets the BoC has purchased to bailout the corporate sector, but by April 25, Poloz stated, “cumulative purchase of assets by the Bank stood at $260 billion, equivalent to well over 10% of Canada’s GDP.”

On May 4, the BoC’s Senior Deputy Governor Carolyn Wilkins stated that the figure had swelled to $385 billion.

Another term for that “liquidity” money-spigot is quantitative easing (QE), and in May, two more BoC QE programs were launched, also with BlackRock as advisor: 1) a $50 billion program to support the provincial bond market, and 2) a $10 billion corporate bond purchase program.

It’s fair to say that BlackRock has had its eye on privatizations in Canada for a long time, probably since 2013. BlackRock also has had an indirect connection to the Bank of Canada for several years.

In 2008, BlackRock was 49% owned by Merrill Lynch. During the Wall Street crash, Bank of America snapped up Merrill Lynch, thereby becoming a major owner of BlackRock. With its rise in fortunes, BlackRock later became the major shareholder in Bank of America Merrill Lynch. The Chief Economist at Merrill Lynch from 2004 to 2012 was Sheryl King, who subsequently (as of July 2016) became an Advisor to the BoC Governor and represents the BoC in its New York office. The BoC website explains that King “is responsible for promoting and strengthening ties between the Bank and the financial community in New York.”
Sheryl King’s appointment to the BoC coincided with the fact that in the summer of 2016, PM Trudeau was reportedly “courting BlackRock” in hopes that some of its huge torrent of investment money would be directed into Canada for infrastructure.

In 2016, the Trudeau government hired someone from Bank of America Merrill Lynch to design the new Canada Infrastructure Bank (CIB) – widely known as “the privatization bank”. Just why Bank of American Merrill Lynch was given this role has never been explained, but it may have something to do with the fact that BlackRock is its biggest shareholder. BlackRock’s promotion of privatization and P3s fits with the Trudeau government plan for $180 billion in infrastructure spending, using $35 billion from the CIB to attract and de-risk corporate investment.

In November 2016, BlackRock hosted a private summit in Toronto for “a select group of major international investors” to meet Trudeau and other Cabinet members, but the press was not allowed to be there to record the infrastructure “opportunities” being offered to these banksters. It was later revealed that the federal Privy Council Office had set up working groups with BlackRock in order to prepare the federal presentations. In those groups, BlackRock was represented by Jean Boivin, managing director for BlackRock and a former deputy governor of the Bank of Canada.

As Mark Wiseman (then CEO of the Canada Pension Plan Investment Board) told the press in March 2016, global investors “would rather acquire mature infrastructure assets than finance new projects because they’re safer” financially. Wiseman joined BlackRock shortly after making that statement, but was recently dismissed for an “inappropriate” relationship with a staff member.

The CIB’s financial “pilot project” for P3s was launched in Mapleton, Ont. last year. As I wrote in Global Research (October 4, 2019), according to the CIB’s “new model” for structuring and financing P3s, “We taxpayers will subsidize the borrowing costs of the private sector so they can privatize the revenue stream” from municipal assets.

According to CUPE (March 9),

“P3s are usually only pitched for projects costing over $100 million because of the extremely high costs of consultants and lawyers negotiating the deals. The CIB is aiming to remove this barrier.”

Just days after Infrastructure Minister McKenna’s call for P3s, the Federation of Canadian Municipalities put out its urgent call for financial help.

Without such help, municipalities could be forced to privatize assets and services like water and waste systems, transit, electricity transmission and distribution, garbage pickup, municipal parking, ports, roads, bridges, etc., that the private sector wants because of their potential for long-term and reliable financial returns.

As the Globe and Mail reported (May 18),

“With provincial and municipal governments facing major budget pressures because of the pandemic, that could mean a greater role for the infrastructure bank and its effort to attract large outside investors.”

BlackRock subtly noted that same situation more than a month ago. On April 13, BlackRock executives Kurt Reiman and Daniel Donato wrote (on blackrockblog.com) that the “Canadian market may be presenting pockets of opportunities for investors with longer time horizons…”

As I wrote in Beyond Banksters, the goal is to downsize the public sector and privatize. We’ll know soon enough whether that is still the plan.

Toronto-based freelance writer Joyce Nelson is the author of seven books. She can be reached via www.joycenelson.ca.

The original source of this article is Global ResearchCopyright © Joyce Nelson,

Reiner Fuellmich on the need to prosecute COVID criminals

The Rich Get Richer. The Rest Of Us Pay For Their...