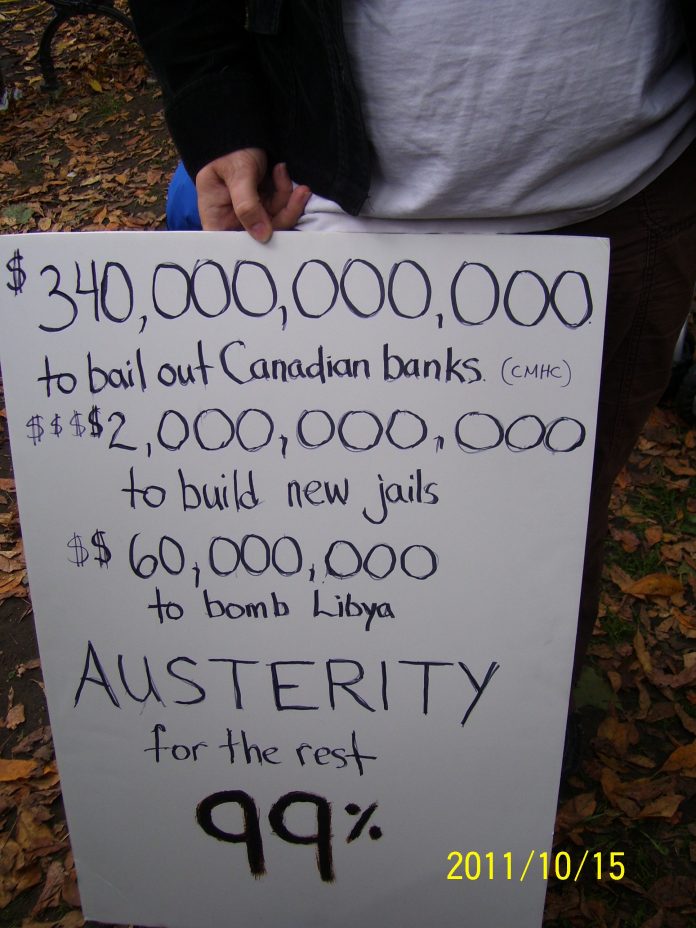 Neoliberal capitalism is a cancer that metastasizes on its host, the public sphere, and destroys it, every time.

Deregulated banking is an example of neoliberalism. Previously in the U.S, the Glass Steagall Act, and related regulations, served as a firewall between commercial banking, depositors’ money and casino shadow banking. Casino banking is banking based on bets: hedge funds, derivatives, etc.

The human cost of deregulated banking can include mass starvation.[i]

The absence of a firewall between depositors’ cash and casino banking was also a catalyst for the 2007-08 financial crisis, where the perpetrators were rewarded with gargantuan public bailouts. Remarkably, structural changes have yet to be made to avoid future crashes.

Neoliberalism means that the cancer of the bailed out “private” sector expands its markets by making inroads into what should be sacrosanct public services – all to the detriment of public health, and the economy.

A “cure” would include pharmacare and universal healthcare, but private insurers, increasingly protected by corporate sovereignty deals like NAFTA, (and soon TPP, and CETA?) don’t want a cure. There’s more money in the disease.

Deregulated Big Oil is another malignant cancer that is heavily subsidized by the public even as it destroys the habitable planet and the economy. Environmental regulations are trashed, [iv] spills (atmospheric and land-based) occur, atmospheric CO2 rises, and global warming is increasingly catastrophic.

Alberta’s tar sands are a deregulated disaster.[v] Profits leave, the government runs deficits, while people and the environment die.

Every country recently invaded ie Iraq,[vii] Libya,[viii] Syria,[ix] previously had advanced social infrastructures, including healthcare, accessible schooling, and affordable housing. National resources and public banking were used to advance the health and welfare of their societies.

These countries and their people are being destroyed so we can bring them Big Pharma, Big Finance, Big Oil, and other metastasizing models and monopolies that will control and impoverish them.

As a first step, we need to diagnose the cancer metastasizing before our very eyes, and then we need to develop an immune system to the disease.  The cure will involve a rapid transition to an economic model that rejects neoliberalism, and embraces a system that has life coordinates, rather than death coordinates.

What NO ONE is Saying About Lockdowns/ By James Corbett