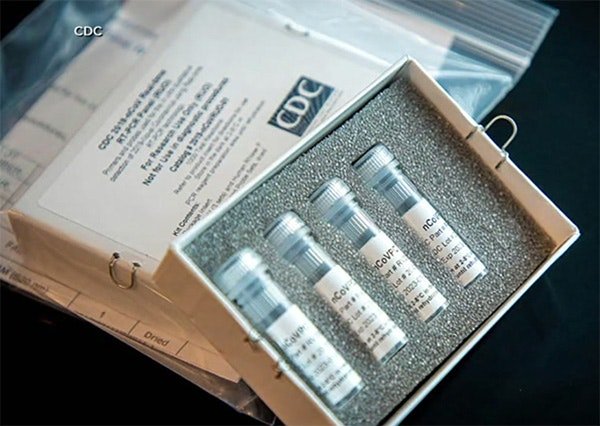 What this CDC report suggests is that at the outset of the pandemic it had been instructed to change the methodology with a view to artificially inflating the numbers of “Covid deaths”. This is confirmed by the H. Ealy, M. McEvoy study quoted below.

This tacit retraction by CDC pointing to a 94%  error in the data pertaining to the cause of Covid deaths, constitutes a de facto admission that the figures had previously been manipulated.

A careful review of the CDC report remains to be established. The situation regarding data collection and reporting regarding cause of death remains unclear.

An earlier report published by Global Research confirmed the following:

“The 2003 guidelines for establishing death certificates had been cancelled. “Had the CDC used its industry standard, Medical Examiners’ and Coroners’ Handbook on Death Registration and Fetal Death Reporting Revision 2003, as it has for all other causes of death for the last 17 years, the COVID-19 fatality count would be approximately 90.2% lower  than it currently is.”

For further details see:  Covid-19: Questionable Policies, Manipulated Rules of Data Collection and Reporting. Is It Safe for Students to Return to School? By H. Ealy, M. McEvoy, and et al., August 09, 2020

The unspoken objective of this methodological change was to inflate the Covid death statistics and sustain the fear campaign.

A new report from the federal Centers for Disease Control and Prevention shows that in 94 percent of the cases of those who died from COVID-19, another disease was also at work on the victim.

“For 6% of the deaths, COVID-19 was the only cause mentioned,” the CDC stated in its report, under the heading “Comoborbities.”

The report showed that in 18,116 of 42,587 deaths in the 75-84 age group, the individual who died also had the flu or pneumonia, while in 15,100 cases the underlying condition was respiratory failure.Centers for Disease Control (CDC) Caught Inflating Flu Deaths to Sell More Vaccines

Although the CDC’s initial guidance suggested those over 65 were at high risk, the CDC later revised that to note than risk increases with age and that there is no single age at which risk suddenly rises.

In comments released at the time, CDC Director Dr. Robert Redfield said risk “is a continuum.”

“A key point is that we want to make sure that people know that as your numbers of underlying medical conditions increase, your risk of severe illness from COVID also increases,” he said.

As of Sunday afternoon, the coronavirus had infected almost 6 million Americans, according to the Johns Hopkins Coronavirus Resource Center, and roughly 25 million worldwide.

Spread of the disease resulted in mass lockdowns across the country.

Risk is one of the factors that will go into distributing COVID-19 vaccines once those that are now in trials are ready for the market, according to CNBC.

“At first, there will likely be a limited supply of one or more of the Covid-19 vaccines, because limited doses will be available,” Redfield said Friday, CNBC reported. “It’s important that the early vaccines are distributed in a fair, ethical and transparent way.”

The list of those to be vaccinated will include health care workers, those considered essential workers at the time a vaccine is ready for distribution, and those considered at high risk due to age and underlying health conditions, according to the CDC.

Jack Davis is a freelance writer who joined The Western Journal in July 2015 and chronicled the campaign that saw President Donald Trump elected. Since then, he has written extensively for The Western Journal on the Trump administration as well as foreign policy and military issues.

Featured image is from CDC

Washington’s “Long War” Against Us All

Where Is the Virus?/ By Dr. Janet Menage, BMJ