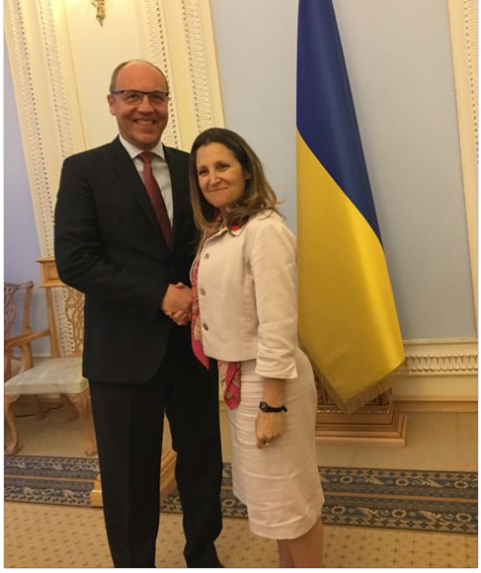 Andriy Parubiy, whom Chrystia Freeland greets with such warmth, was co-founder with Oleh Tyanhnybok of the neo-Nazi Social-National party. And he was co-ordinator the “Volunteer Security Corps” for the 2014 Maidan demonstrations and coup d’état–which is to say that he is the person responsible for the murders-by-sniper-fire of the so-called “Heavenly Hundred” among the Maidan demonstrators.