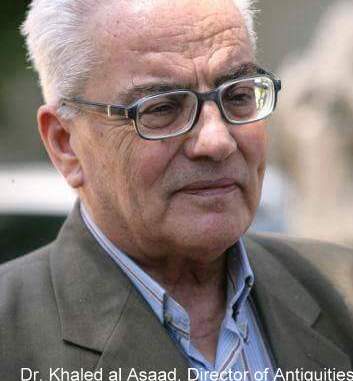 There is no force on this planet can defeat a nation which had a man, 83 years old, had tortured for a month by #USA -backed terrorists before they “ISIS” beheaded him because he refused to guide them to the effects of his homeland ,#Palmyra, and to cooperate with them. It is likely ,the body of world- famous Syrian archaeologist Khaled Al-Asaad found in #Kahloun area, about 10 km to the east of Palmyra. The identity of his body is expected to be confirmed after the DNA tests.

Christian Genocide in Syria: An Interview with Yasmine from Damascus/ Posted...