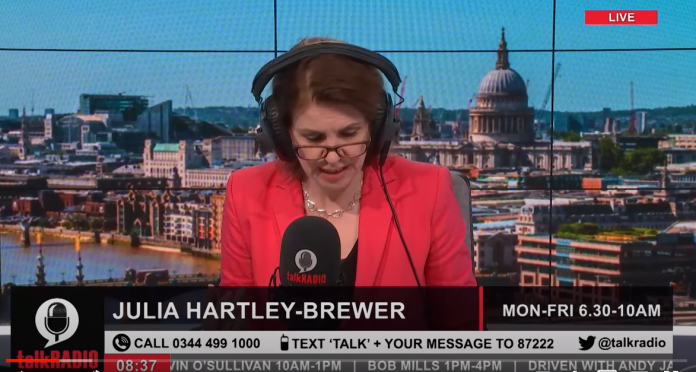 Mike Yeadon, Pfizer former chief scientific advisor: Ferguson’s model has no validity in the view of most scientists. “Yes, its a novel virus but its very closely related to at least four other viruses that circulate freely in the population, which are all corona viruses and contribute to the common cold, so bluntly it was naive of them (government etc) to assume everyone was susceptible..”

Most scientists don’t accept that Ferguson’s model was even faintly right.

The NHS will maintain Covid stance, allegedly to deal with the “second wave”.

“Someone in government, either Hancock, Ferguson or SAGE has decided that [..] its ok to have excess avoidable deaths in order to “be prepared”. Now, I want someone [..] to come on the air and announce the calculus they have made because it is not an accident, it is a deliberate policy.”

Why no second wave?

“30-50% started with a level of immunity which means they are not susceptible to the virus at all – that is well accepted by almost every clinical immunologist and virologist by now. They have circulating T-Cells, these are cells that remember what you have been exposed to and allow you to quickly respond to a new but related threat”.

“Only 20/25 % of people needed to be infected for the “pandemic” to come to a standstill through the herd immunity threshold. I know its controversial but I am afraid it’s fact – when you look at the shape of the daily deaths versus time curve, it is obvious to any biological expert that the “PANDEMIC” IS FUNDAMENTALLY OVER”.

“I will challenge the government – Ferguson, Hancock, SAGE – to cite the research literature that underscores their belief in a “second wave” [..] it doesn’t exist”

“SARS and MERS, novel coronaviruses, each of them – one wave each and that is what most people expect with SARS Covid19. There is NO underlying literature that says a second wave is coming , this is an assertion”

Basically, Ferguson is trying to save face by predicting a second wave after his alarmist predictions were, yet again, hysterical overreach that served the BIg Pharma interests in UK Government and further afield.

“They use a technique called PCR – a molecular biology technique which involves a terrific amount of amplification over and over and over again. That technique is well known to produce a risk of false positives , that is it comes up positive even though the virus is not present”.

In a major U-turn, the government has issued a demand for revision but there is no media coverage of this fact. The public is kept in the dark.

“I am demanding that the government, SAGE, pause introducing any more restrictions until they have made the change that they have recognised as necessary”

YOU ARE BEING LIED TO.

Who is Mike Yeadon:

Dr. Yeadon is an Allergy & Respiratory Therapeutic Area expert, developed out of deep knowledge of biology & therapeutics and is an innovative drug discoverer with 23y in the pharmaceutical industry. He trained as a biochemist and pharmacologist, obtaining his PhD from the University of Surrey (UK) in 1988 on the CNS and peripheral pharmacology of opioids on respiration.

Dr Yeadon then worked at the Wellcome Research Labs with Salvador Moncada with a research focus on airway hyper-responsiveness and effects of pollutants including ozone and working in drug discovery of 5-LO, COX, PAF, NO and lung inflammation. With colleagues, he was the first to detect exhaled NO in animals and later to induce NOS in lung via allergic triggers.

Joining Pfizer in 1995, he was responsible for the growth and portfolio delivery of the Allergy & Respiratory pipeline within the company. During his tenure at Pfizer, Dr Yeadon was responsible for target selection and the progress into humans of new molecules, leading teams of up to 200 staff across all disciplines and won an Achievement Award for productivity in 2008.

Under his leadership the research unit invented oral and inhaled NCEs which delivered multiple positive clinical proofs of concept in asthma, allergic rhinitis and COPD. He led productive collaborations such as with Rigel Pharmaceuticals (SYK inhibitors) and was involved in the licensing of Spiriva® and acquisition of the Meridica (inhaler device) company.

Dr Yeadon has published over 40 original research articles and now consults and partners with a number of biotechnology companies. Before working with Apellis, Dr Yeadon was VP and Chief Scientific Officer (Allergy & Respiratory Research) with Pfizer.

Bring on the Covid-19 believers.

The Most Perniciously Perfect Piece of Propaganda: The Covid Face Mask/ By Dr. Emanuel Garcia

“Factual Chaos” at the WHO? Dr. Tedros: Monkeypox Outbreak Is “Among Men Who Have Sex with Men”/By Prof Michel Chossudovsky

The Covid-19 Numbers Game: The “Second Wave” is Based on Fake...