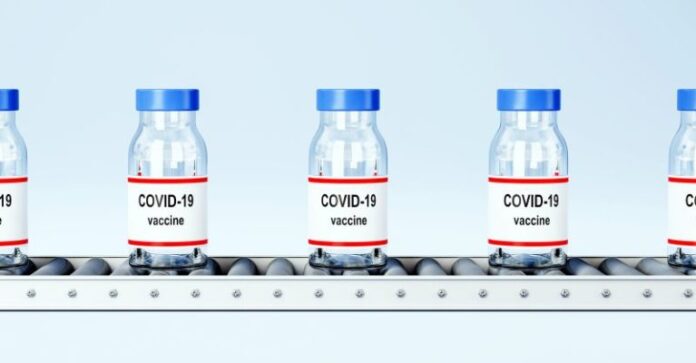 At a recent online symposium on covid science that was organized by Doctors for COVID Ethics, the most detailed evidence yet against Wuhan coronavirus (Covid-19) “vaccination” was presented for the world’s consideration.

This international group, which has long opposed the mass rollout of Fauci Flu shots, argued that the human immune system, provoked by the injections, could end up attacking its own tissues (autoimmune disease) when it detects the presence of synthetic spike proteins.

Untold thousands of deaths have already occurred from this, though most of them never make it into the government databases. Numerous presenters, including Dr. Peter McCullough, who has also long stood against the injections, revealed scientific evidence to support these and other claims.

McCullough, by the way, has actually come out to say that covid “vaccines” are the “most dangerous biological medicinal product rollout in human history.” He remains one of the most vocal opponents to the current agenda.

German pathologist and professor Dr. Arne Burkhardt, who has more than 40 years of experience in the field, also presented at the symposium. He conducted his own research on the tissues and organs from 15 different patients where a post-mortem had been performed.

Eight of the bodies were women and seven were men, all between the ages of 28 and 95. Each of these individuals died between seven days and six months post-injection.

What Burkhardt found is that in nearly every case, the jabs caused the individuals’ bodies to self-destruct. A specific type of immune cell called a lymphocyte was found to have invaded various parts of the body, eventually causing early death.

Burkhardt presented slides showing that lymphocytes had infiltrated the heart muscle in particular, causing systemic inflammation. The resulting lesions were small and probably overlooked, “but the destruction of just a few muscle cells may have a devastating effect,” he warned.

“If the inflammatory infiltration is found where the impulse for the contraction of the heart is given, this may lead to heart failure,” he further said.

It was also discovered that a lymphocyte invasion occurred in other vital organs such as the liver, kidneys, uterus, brain, thyroid and skin, all of which showed signs of autoimmune damage.

How much mRNA poison can the body handle before it goes kaput?

Canadian microbiologist and professor Dr. Michael Palmer summed up Burkhardt’s presentation by explaining that anyone with honest medical training will clearly see “just how devastating the effect of these vaccines can be, at least in those who die after the vaccination.”

“We also now know why the authorities were very hesitant to have autopsies performed on such victims,” Palmer added.

As to why some people are not suffering such an extreme fate post-injection, Palmer warned that the total lifetime dose of messenger RNA toxins is limited, suggesting that it varies from person to person.

Due to a lack of experimental data, it is unknown what these thresholds are. And according to Palmer, this is “one of the great scandals of these vaccines, that no proper toxicity studies have been carried out.”

We do know from animal studies that the contents of the jabs do not remain at the site of injection. They circulate throughout the entire body, combining with receptors and lining blood vessels, which in many people causes clotting and excessive bleeding.

The long-term risks of this are what will really be telling once the contents of the jabs really make their way throughout people’s bodies over the long haul. Widespread death from seemingly no specific cause is likely to occur in the coming months and years.

More related news about Fauci Flu shots can be found at Genocide.news.

Sources for this article include:

The original source of this article is naturalnews.com

COVID and the Holocaust/ Grand Jury Proceedings with Vera Sharav