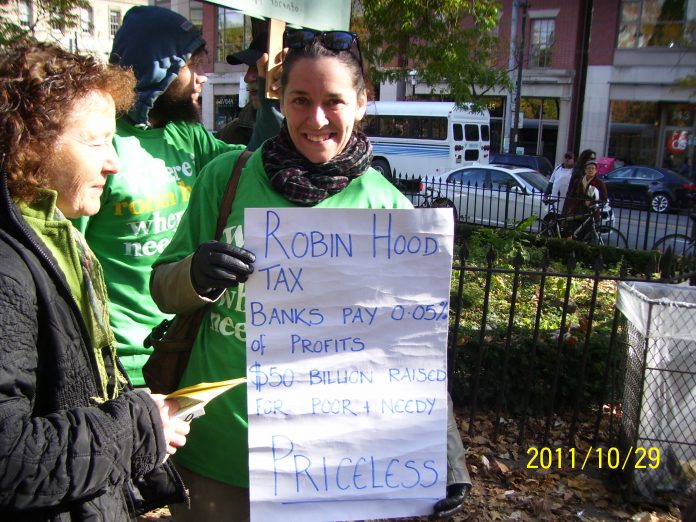 Canada is in denial of herself. We are submitting ourselves to the imperatives of globalized corporatocracy as we wilfully erase our former strengths as an independent nation-state, and an example to the world.

This chosen self-negation is exacting a heavy toll. We have arguably lost our democracy, and much of our sovereignty, in addition to cultural pluralism, biodiversity and economic self-determination.

The facilitator of this “corporate coup” is a toxic mental landscape.

Transnational corporations and their political lobbyists wilfully co-opt the language of human rights as a subterfuge for retrograde supranational agreements that deny democracy, as well as economic and cultural self-determination. We are daily bombarded with false terms such as “free trade” and “private sector” to the point where we internalize (subliminally?) incorrect meanings.

Ubiquitous “free trade” rhetoric infers freedom and prosperity even as it delivers the opposite. Protectionist agreements such as the North American Free Trade Agreement (NAFTA) enable the outsourcing of labour to authoritarian regimes where human and labour rights are much lower. The movement of capital is protected and deregulated as jobs, public health, environmental, cultural and human rights disappear.

The “private sector” rhetoric infers independence and freedom, yet it is highly socialized — the 2008/09 bailouts would be a case in point — by the public sector. Additionally, as public funds flow into the “private” sector, corporations return the favour by capturing legislatures and engineering self-serving laws and regulations to entrench their monopolies and their anti-public behaviours.

Capital is “free” to exploit as public spheres are impoverished. Bruce Livesy explains how Canada’s Gildan corporation avoids paying taxes: “By moving its factories overseas, Gildan managed to cut its Canadian tax rate down to nothing in the past four years, despite earning profits of $95 million in 2009, $196 million in 2010, $224 million in 2011 and $144 million last year.”

Corporations weaken the nation-state as the mental landscape shifts.

Investor-state laws effectively subordinate a country’s economic and political self-determination when international and domestic laws or regulations are perceived to be an impediment to corporate profits. Unelected supranational arbitrators make decisions that sacrifice and subordinate the will of the people. Stuart Trew, trade campaigner with Council Of Canadians, explains: “Within all these trade deals there is an investor rights chapter that lets companies sue countries when they feel their profits have been harmed, … giving corporations more rights than anyone else in this country and any other country.”

Currently there is a host of anti-democratic corporate-power agreements being negotiated behind closed doors, including the Trans Pacific Partnership (TPP), the Foreign Investment Protection Agreement (FIPA) with China, the CETA, as well as agreements with India, Japan, Honduras and South Korea. Each of these (largely secret) deals promises to enrich and empower foreign investors to the detriment of local economies and public spheres. Outcomes, such as those resulting from the 20 year old North American Free Trade Agreement (NAFTA) will likely include and exacerbate some of NAFTA’s symptoms, which are:

– an exodus of good-paying manufacturing jobs

Globalized monopoly capitalism also reduces biodiversity. Ahmed Djoghlaf, secretary-general of the UN Convention on Biological Diversity, explains that if the continued accelerated trajectories towards biodiversity losses continue, we can expect “total disaster,” and the disaster includes the economic realm. Djoghlaf explains that “in immediate danger,” are the 300 million people who depend on forests for their livelihoods and the more than one billion who depend on sea fishing for their livelihoods.

Of equal importance is cultural diversity and the respect for international and national laws that enshrine rights of indigenous peoples throughout the world. Anthony James Hall, author of The American Empire And The Fourth World, argues that we need to recognize and affirm aboriginal and treaty rights throughout the world to build what George Manuel referred to as the Fourth World. Such a world would value unity in pluralism, and be a counterbalance to the totalitarianism of globalized neoliberal capitalism, sometimes referred to as the corporatocracy.

Hall poses the question, “Will we grapple with the substance of our inheritances from history or will we continue to retreat into the black hole of memory loss, the willed amnesia that facilitates the on-going neo-liberal revolution of the New World Order?”

There are steps that can (and must) be taken to push back against these converging totalitarian trajectories. A paper entitled “Towards an Alternate Trade Mandate for the E.U — an invitation to participate” offers a comprehensive list of ideas.

All steps should be considered, including these:

– “ensure a transition to a low-carbon economy …

– stop pushing for the deregulation of financial services and the privatisation and deregulation of public goods like water, health and education, but improve the quality of and access to these goods, for example, through partnerships among public authorities.”

People are disenfranchised for the benefit of a globalized 1% that is increasingly blind to the imperatives of Life as it wilfully embraces toxic trajectories of Death.

The original source of this article is Rabble.caCopyright © Mark Taliano, Rabble.ca, 2019

Shooting the Messenger, The Last Bastions of Independent Thought