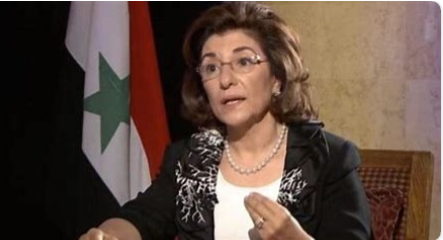 “What did we learn from this vicious war against Syria, during which the Syrian Army, its allies, and friends held fast, giving hundreds of thousands of martyrs, wounded, displaced, and untold destruction? What did the Arab World learn from similar western-terrorist wars against Iraq, Libya, Yemen, and Sudan? What did the Arabs learn from the suffering of the Palestinian people, whose experience in the struggle against racist colonial zionists is comparable only to the struggle of the people of South Africa against apartheid? Did the ongoing battles prevent everyone from learning lessons, and therefore events might replicate themselves year after year? These questions and many others need to be asked today, now that all our expectations about the nature of the war on Syria turned out to be true, especially about those who funded and facilitated terrorism and propagated it in the media under the guise of democracy and human rights, while the main goal was to destroy the structures of the state in Syria, Iraq, Yemen, and Libya. If these questions were not posed, we will remain stuck in a vicious cycle, constructed by those who change their plans, but do not change their objectives of looting our wealth, carving up our geography, and destroying our civilisational identity, with the hope of eliminating the Palestinian cause and the role of the Arabs in the region and the world once and for all.

Did we have to wait until today to learn that tens of thousands of foreign terrorists crossed the Turkish, Jordanian, and Lebanese borders into Syria, funded and armed by Saudi Arabia and Israel? Did we have to wait the nearing of their defeat in order to prepare accurate studies about their nationalities and the parties that funded them and sponsored them to reach their destination? Did we have to wait and see how ISIS hands over its positions in Raqqa and Deir al-Zor to US forces and the SDF mercenary, or did we need to examine carefully how ISIS handed its territory to the Peshmerga years ago without a fight? Should these events, after they were proven as facts, remain up for media debate, or should they become legal cases to be raised in internal and subsequently international tribunals against the parties involved in this overreaching criminal act? The question is how could this have been done in the past, and how could it actually be done in the future?

I pose these questions today because I see a change in the scenarios that target us, with a new wave coming, which in itself will not be the last one. Especially that the hypocrisy that blinded everyone at the beginning of the war against Iraq, Syria, Yemen, and Libya is being practiced again in regard to the Kurdistan referendum, as the countries that stand behind the plans to dismember the Arab Nation pretend to be against the referendum, while actually they support it as a substitute to the earlier terrorist schemes that did not succeed in establishing takfiri states in Syria, Libya, Iraq, and Yemen. The most important lessons that we need to learn from this difficult experience is that war against us takes many facets, and it is wise that we do not ignore any of these facets even during the fiercest military battles. While the Syrian Army and its allies are on the frontline fighting, civilian teams must be set up across the country to support the military effort. We need to have research, media, and legal teams that are ready to devote themselves to support the military forces and face the other facets of the battle on the internal, regional, and international levels. In this regard, research and documentation teams have to be formed since day one, which would get its material from the filed, so that future generation could learn the true history of their country and learn the important lessons. A media research cell should be formed to study all the media directed against the people who are the victims of this terrorist war, in order to study, refute and treat it from media and psychological perspectives, and suggest appropriate responses to protect the soldiers of the Army and their families from the lies of terrorist media machines such as Al Jazeera, al-Arabyia and many others. In addition to these two tracks, it is necessary to establish a human rights cells that examine all these files and evaluate cases against individuals, parties and states involved in supporting criminal terrorism, it should also deal with all UN resolutions issued, and keep the issue alive in the media and the judiciary. These same cells should keep following the actions of countries that violate United Nations resolutions by sponsoring, financing and arming terroirsts, and keep these issues hot in the minds of nations and peoples. That is to say, the main lesson learned from this despicable war against our countries is that we have to organise society since the first day with all its specialities. We must never forget that the educational process should remain in place and that measures should be taken to ensure the continuity and efficiency of the State’s work at all stages. The continued efficiency of the work of the state and the readiness of the people, mobilising them and organising their ranks in all fields constitute the basic guarantee for achieving victory. On this day when terrorists and their masters change their faces, clothes, skins, tools and plans to achieve what they have been unable to accomplish in seven years, it is worth noting that we are on the verge of entering into a new battle of a new kind, aimed at ethnic and sectarian fragmentation, to sow division in service to the Zionist project and its expansion, and the creation of entities similar to it. If we complete this missing link in our battle, we may fight our next battles with greater efficiency and less sacrifices.”