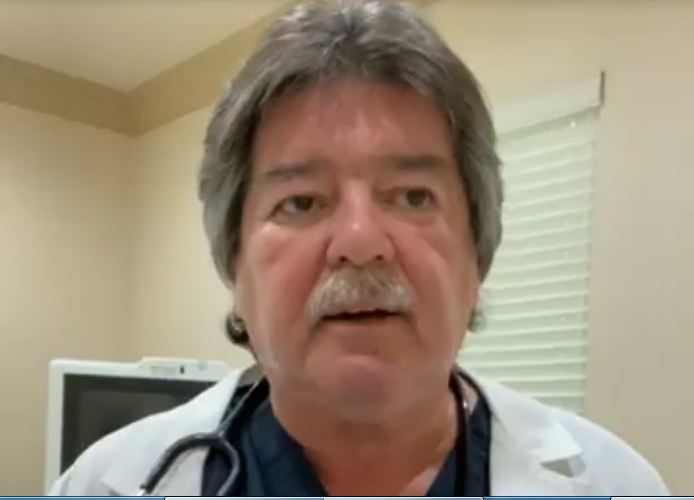 In the following interview, Dr.Morris, a practicing physician in Florida, USA, explains how politics and fraud are root causes of the Fear campaign that is plaguing his state, and the country.

Second, media are reporting that there are not enough hospital beds. This too, he says, is false. A few months back, he explains, there were massive staff layoffs because scheduled hospital procedures were cancelled. Currently, hospitals are running at 50-60% staffing capacity, so there are plenty of beds, but not enough staff.

Finally, he explains that pharmacies and governing agencies are interfering with successful treatment protocols, namely Hydroxychloroquine, Zinc, and Zithromax. Local pharmacies, he explains, refuse to fill his prescriptions. Such interference, he says, is criminal.

Governing agencies and establishment media, including Youtube and Facebook, are censoring reports such as this. The costs of such censorship are high in terms of increased excess deaths globally, but also in terms of lost freedoms.

READ MORE: The War on Syria was Pre-Planned. ISIS Was Financed by the US and its Allies

The Harms of Lockdowns, The Dangers of Censorship, And A Path...