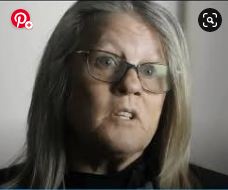 Dr. Judy Mikovits is a top U.S scientist who has played key roles in saving millions of lives. Instead of lauding her achievements and honoring her, Western governments and their agencies have sought to destroy her.

Why? Because a plague of corruption infests Western governments. It destroys, subverts, and censors humanity-serving truths. Big Pharma and associated monopolies have captured legislatures and their agencies. The result? Western governments are killing their own people.

Mikovits was part of the team that created curative therapy for H-cell Leukemia.

Her award-winning PhD thesis in 1991 changed the scientific paradigm through its focus on preventing dormant viruses from being activated.

She worked under Dr F. Ruscetti who discovered one of the first cancer-causing retroviruses.

She was part of the team that isolated HIV from saliva and blood, which confirmed Luc Montagnier’s discovery of the HIV virus as a possible causative agent for AIDS. Montagnier would later win the Nobel Prize in 2008 for discovering the HIV virus.

Mikovits played a seminal role in identifying and isolating the XMRV retrovirus, and found close links between it and Chronic Fatigue Syndrome (CFS) (1). Additional studies have linked it to leukemia, prostate cancer, autoimmune disease, and Alzheimers.

Important discoveries such as those were transformative. Mikovits also discovered that the blood supply had been contaminated by dangerous retroviruses. Lab-derived animal cell cultures were contaminating vaccines and causing myriad chronic diseases, often years after the original vaccination.

It was at this point that her boss, Dr. Tony Fauci, took steps to end her career and destroy her reputation.

Instead of declaring a National Emergency, putting a moratorium on vaccines, and addressing this discovery, with a view to saving lives, Western governments and their agencies subverted and censored the findings.

Fauci’s career continued to rise, and now he is playing a key role in the global COVID Operation against humanity, in which bad science and destructive state measures are predominant.