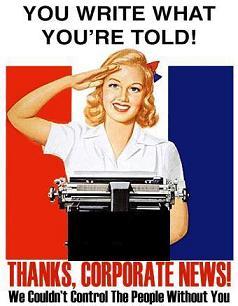 “It is not the aim of NATO to create a military barrier against broad-scale Russian aggression, because such aggression is not on the agenda and no intelligence assessment suggests such a thing.”

Decoded, this means that intelligence reports indicate that Russia is not a threat to the West.

Since Russian aggression is not a threat, then increased NATO deployments to encircle Russia are a threat — to Russia.

Decoded again:  We are the bad guys, Russia is not.

But this hasn’t stopped Canada’s Prime Minister, Justin Trudeau, from confirming, according to CBC news, that

“Canada will send a battle group of soldiers to Latvia by early 2017 as part of a NATO plan to counter fears of Russian aggression in eastern Europe.”

So, Canada’s decision to provoke Russia is based on groundless fears.

Since reasonable foreign policy decisions are few and far between, Canadians might want to pay heed to a recent observation made by Paul Craig Roberts:

“ …  only an absolute idiot could think that three or four thousand troops constitutes a defense against the Russian Army. In June 1941 Operation Barbarossa hit Russia with an invasion of four million troops, the majority German component of which were probably the most highly trained and disciplined troops in military history, excepting only the Spartans. By the time that the Americans and British got around to the Normandy invasion, the Russian Army had chewed up the Wehrmacht. There were only a few divisions at 40% strength to resist the Normandy invasion. By the time the Russian Army got to Berlin, the German resistance consisted of armed children.”

Our now broad-based idiocy is based on the fact that we are being fed a constant diet of lies, and stories, and toxic myths.

The fake Russian threat is consistent with the fake terrorist threat. It is very well documented, with sustainable, Western-based evidence, for example, that NATO and its allies support terrorism.  The terrorists currently invading Syria are Western proxies/”strategic assets”, employed to effect illegal regime change.

READ MORE: NATO Aggression: Is There A Way Out?

It is also well documented that the illegal Western sanctions besieging Syria are impacting the legitimate, secular, pluralist, democratic government of Syria, and liberated areas, not the foreign terrorist- plagued areas that are replenished from surrounding NATO countries, especially Turkey.

So, the “Russian threat” is fake; there never was a “Syria threat” (except that Syria insists on its sovereignty and territorial integrity); and the “terrorist threat” is a hoax, because we support the terrorists.

The “humanitarian bombing” strategy is also a hoax, because ISIS territory expands when the U.S illegally bombs Syria.

Basically, everything we’re hearing is fake. The government, and Soros et al.–funded “non- government organizations” (NGOs) – are fake, not only because they aren’t “non-governmental”, but also because they’re embedded with the terrorist invaders.

The fakery of the news stories is doubly protected by laws embedded in the National Defense Authorization Act which blur the lines between reality and spectacle.  The author writes,

“According to an amendment to the 2013 National Defense Authorization Act (NDAA), the House Bill H.R 5736 (now law), the federal government of the United States can now legally propagandize the domestic public.

And, as if that isn’t enough, Don North writes in “US/NATO Embrace Psy-ops and Info-War” that,

“As reflected in a recent NATO conference in Latvia and in the Pentagon’s new ‘Law of War’ manual, the U.S. government has come to view the control and manipulation of information as a ‘soft power’ weapon, merging psychological operations, propaganda and public affairs under the catch phrase ‘strategic communications.’ “

We can also reasonably assume that much of the terrorism afflicting the West is also fake, in the sense that it is synthetic/false flag terrorism.  This doesn’t mean that innocent people aren’t being killed — thousands were murdered during the 911 false flag — but it does mean that deep state operatives are likely orchestrating much of the domestic terrorism with a view to blaming “ISIS”, advancing imperial war plans, and institutionalizing domestic police state legislation that protects the neo-con war criminals responsible for the mass-murdering barbarity.

Seemingly, all of these “Gladio-style” crimes demonstrate the dirty hand of intelligence operatives – who should be the first suspects — but rarely are.

All of this fakery provides cover for imperial conquest and the advancement of a predatory economic model called “neoliberalism”.  The name itself is fraudulent, because it isn’t new, and it isn’t “liberal”.  It’s a predatory economic model of bailed-out, deregulated, parasitical privatization schemes that preys on the commons, the people, and protects the transnational oligarch criminals who capture legislative bodies, and advance transnational corporate empowerment faux “deals” (deceptively labeled “free trade).

Spectacle and deceit is everything, since democracy, justice for all, and freedom, are incompatible with this predatory system.

We are being trained and brainwashed to willingly accept, even embrace, our enslavement.

Syrians are at the forefront of those who are effectively opposing this globalized, unipolar model of enslavement, poverty, and barbarity. Those who are currently being demonized – Syria, Russia, Iran, Hezbollah and their allies – are paying with their blood, but they are fighting for all of us, and for our freedoms.

As Canadians, we should be opposing our country’s foreign policy idiocy, and we should be supporting the heroics of Syria and its allies. Warmongers have successfully managed our perceptions to view Syria, Russia, and Iran etc. as “threats” or “enemies”, but beneath the lies and deceptions, evidence demonstrates that they are neither.