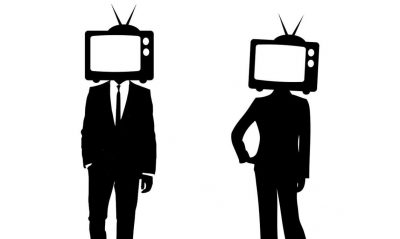 Western populations are inundated with war propaganda, and all of the MSM is guilty.  It serves to promote criminal warfare rather than peace.

Once we enter the ring of propaganda fabricated by western agencies of deception, we start to lose, since it is at that point that we become entwined in the convoluted narratives.  Intelligence agencies are specialists at creating such fake narratives.[1]

Fundamental lies and omissions persist because we insist on using them as talking points despite the preponderance of evidence that negates them.

There are, for example, no “moderate terrorists”[2] in Syria.  The term itself is an oxymoron and quite ridiculous. All of the terrorists in Syria are there precisely because the West and its allies are waging a supremely illegal war against the Syrian government. They are all proxies for the West.

The War on Terror is a fraud and the West is not waging war against ISIS either.[3]  ISIS are monsters, but they are not Frankenstein monsters who have turned on their masters in Syria.  They remain Western assets, sometimes expendable[4], but assets nonetheless.  They served to deliver key strategic areas to the West and they still serve that function, as outlined in the 2012 DIA document.

The ring of propaganda includes Hollywood. The 2018 Oscars featured Bana al-Abed[5], falsely conflating her with feminism and freedom. Omitted from the spectacle is the fact that Bana’s father worked for both al Qaeda and ISIS[6], and that Western terrorist supporters and propagandists are exploiting her to create illegal war propaganda.

The White Helmets[7] fall into the same category.  They are terrorist-auxiliaries, and they exploit children, and murder children, to create fake narratives centered around their heroic “humanitarian” deeds. The White Helmets are not a legitimate source of information for news.

Also omitted from MSM narratives is that terrorists in East Ghouta[8]  murder civilians who try to escape occupied areas, just as terrorists murdered civilians trying to flee occupied Aleppo. Civilians continue to be used as human shields.  Most do not stay in terrorist-occupied areas of their own volition.

The choice in Syria is not between two monsters.  The Western terrorists are monsters, but the elected Syrian government is not a monster.  All of the demonization campaigns against Assad have proven false.  The Saydnaya torture evidence is fraudulent[9].  The Caesar “kills his own people”[10] photo evidence is fraudulent, and Assad does not gas his own people either.

The only monsters in the whole dirty war are the West and their allies.  We are the ones committing the Supreme international crime, we are the ones fabricating the war narratives, and we the people are accomplices in our governments’ crimes when we fail to denounce them.

[8] “Militants shell & shoot at escapees from E. Ghouta, may use them as human shields – Syrian nun to RT.”

Bread and Circuses, Clowns and Imposters. “Syria Face to Face”