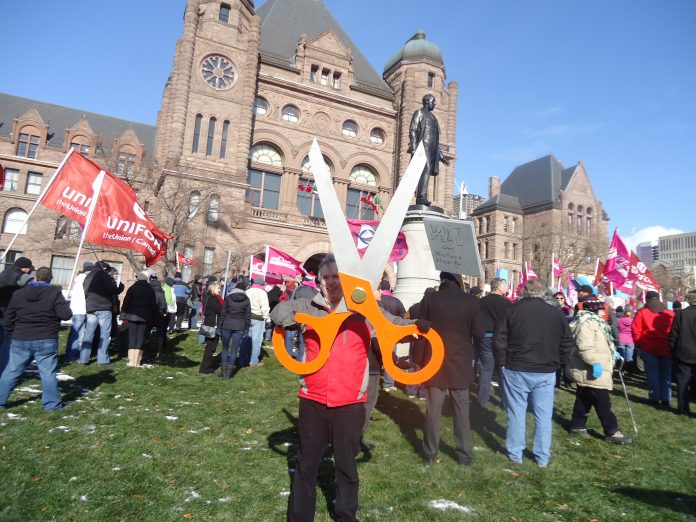 Hybrid cars and privatized health care share one commonality: they’re both too expensive.

Apart from that, they’re worlds apart. Hybrid cars represent a wonderful, forward-looking technology.  Privatized health care, on the other hand, is regressive and exploitative.

An article by Thomas Walkom, published this past January 24 in in the Toronto Star and titled “Why Ontario’s bid to cut health care costs could backfire”  highlighted a key difference: He cites  Dr. S. Woolhandler, a professor at Harvard Medical School, who says, All (studies) showed that for-profit hospitals cost the government treasury more – by about 18%.  The evidence of higher cost is irrefutable.”

For-profit health care systems ( which include P3 hospitals) are also exploitative because increased costs are passed on to the 99, some of whom can not afford them.  It fosters a “I can afford to live healthier and longer than you” mentality.

Dr. R. Evans, a leading health care economist, noted that “from 1975 to 2009, medicare represented from four to five percent of Canada’s G.D.P, while health care costs not covered by medicare (prescription drugs, dental, home care etc.) are currently twelve percent of G.D.P” Private costs are soaring, not public costs.  Pharmaceutical companies, in particular, enjoy exorbitant profits, to the detriment of the 99.

If we had a single-purchaser (Pharmacare) system, with medications purchased by the government, prescription medicine prices would fall precipitously, to the advantage of the 99, but to the detriment of transnational pharmaceutical profits.  The health of human beings should be more important than company profits, but clearly that isn’t always the case.

The extreme of health care commercialization would be the U.S system.  Dr. Arnold Relman, professor emeritus at Harvard Medical School notes, “ No health care system in the industrialized world is as heavily commercialized as ours, and none is as expensive, inefficient, and inequitable.”  Further, he argues, “taken as a whole, the American Health Care system is failing badly.”  The current state of American health care reflects the excessive influence of corporate lobbies over politics, to the detriment of the 99.

This insinuation of profit into health care necessarily detracts from what should be of fundamental importance, and that is people. As Maude Barlow points out in her book, Profit Is Not The Cure, A Citizen’s Guide To Saving Medicare, registered nurses see patients as a whole person, and the fractured “unbundling” of nursing care into tasks administered by unlicensed “service-providers” is both dangerous and unproductive.  Consider the statistics: in March, 2002, the Canadian Journal of Nursing Research documented the tracking of  thirty day death rates for nearly 47,000 hospitalized patients discharged from acute care in Ontario.  When the proportion of registered nurses in hospitals was increased by 10%, there were five fewer deaths for every 1,000 discharged patients.  It gets worse.  The Canadian Health Coalition notes that in Canada, 2,200 preventable deaths will occur each year if Canada adopts a privatized health care system similar to the U.S model.