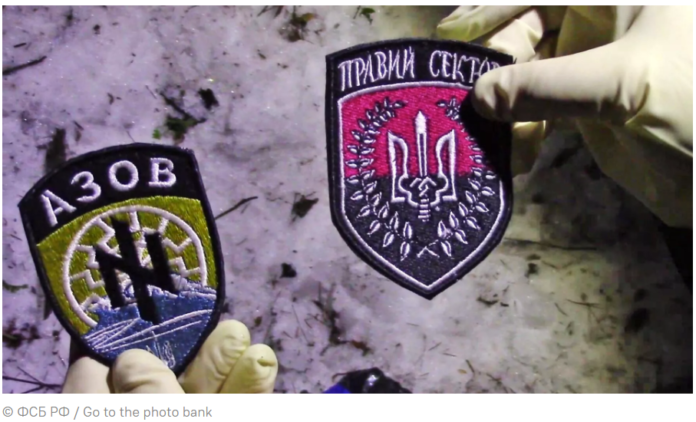 The Russian military estimates that over 6,500 foreigners from at least 62 countries are operating across Ukraine, most of them in combat roles. As many as 400 are believed to be trapped in Azovstal – a massive steelworks complex in the Azov Sea-adjacent city of Mariupol, which suffered heavy damage in fighting over the past two months.

Adrian Bocquet, a former French Army soldier who spent several weeks in Ukraine delivering medical equipment and supplies, has opened up on atrocities he said he witnessed committed by the Azov Regiment – a notorious neo-Nazi fighting force operating under the Ukrainian National Guard.

“There, on the spot I saw war crimes. I saw a lot of war crimes. The only crimes I saw during the days I was there were perpetrated by Ukrainian forces”, Bocquet said, speaking to Sud Radio earlier this week.

Bocquet said he spent several weeks in the country assisting in the delivery of medical humanitarian assistance to hospitals and orphanages, but that some of this assistance wound up in the hands of the Ukrainian military.

“I saw Russian soldiers who were taken prisoner, bound and badly beaten…They were brought [to a detention area] in groups of three or four in minibuses. Every soldier exiting the minibus received a bullet from a Kalashnikov rifle in the knee…Those who admitted that they were officers got shot in the head”, the former soldier said.

“When I returned to France, I was extremely shocked by what the people who were invited on the TV shows were saying. A chasm exists between what I see and hear on TV and what I saw on the spot. For me it’s abominable”, Bocquet said.

The volunteer said he saw Azov Regiment fighters operating across the country, with their characteristic Nazi-style rune patches standing out. “It shocks me enormously that Europe still gives weapons to a force which in my view are neo-Nazis, who have neo-Nazi insignia. We don’t talk about it. It’s an SS insignia brandished across Ukraine, everywhere”, Bocquet said.

“No one in Ukraine seems concerned about this, while we arm them with European weapons. They go off and commit war crimes, I saw this myself”, the Frenchman added.

The former soldier said he faced 10 tense hours in detention by Azov as they searched and questioned him about what he was doing in the country, and that he was eventually exfiltrated from the country via Slovakia before travelling to Poland, from where he took a plane back to France.

Bocquet is the latest foreigner to have been on the ground in Ukraine to open up on suspected war crimes committed by Ukrainian forces. Last month, a Danish national fighting in Ukraine confirmed to local media that captured Russian soldiers were being executed.

In March, a US Army veteran who volunteered to fight in Ukraine detailed his own harrowing escape from the country after being left without weapons and threatened with execution.

Russian prosecutors have engaged in the systematic collection of evidence about suspected war crimes in Ukraine, not only from the period since Russia and its Donbass allies began the “demilitarisation and de-Nazification” special operation in February, but going back to the spring of 2014, when Kiev kicked off its punitive “anti-terrorist operation” against the nascent Donetsk and Lugansk People’s Republics.

Ignored reasons for the crisis in Ukraine/By the Ambassador of Russia...