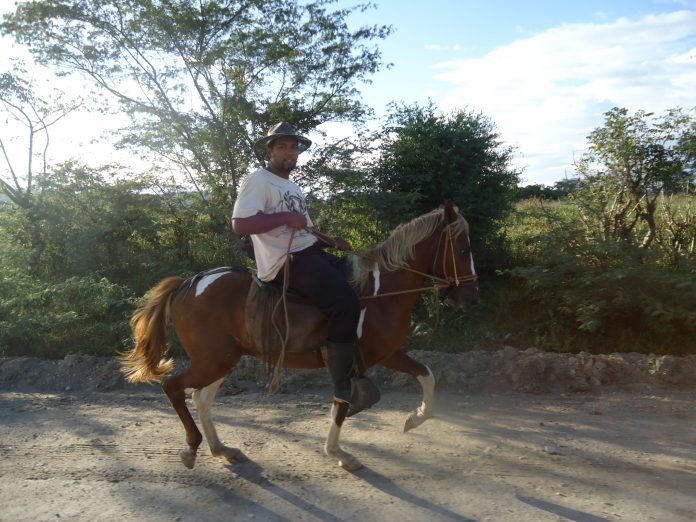 Hondurans are not lazy, they’re not inferior, and they’re not communists. They are, however, victims of a (self-devouring) globalized corporatocracy, especially since the military coup in 2009 destroyed the fledgling democracy of President Manuel Zelaya, and reversed his attempts to use public resources for the benefit of Hondurans.

Ever since that transformative moment, freedom and democracy have been extinguished, as have the lives of many peaceful, freedom-loving Hondurans, while those who commit or support these crimes – with impunity – control the levers of power.

Canada’s corporate extension into Honduras is emblematic of this neocolonial pillage of public resources that impoverishes the majority as it enriches oligarchs and foreign investors.

Corporate globalism has everything to do with profit and exploitation, and nothing to do with fair trade, human rights or labour rights. Exploitative legislation, secretly-negotiated trade deals, corruption, murder, and sometimes military interventions (or the threat thereof) guarantee that.

Rule by corporation, underwritten by the secretive Canada-Honduras Free Trade Agreement, is much preferred by corporate polities, including the Canadian government.  Political economies that benefit Hondurans – such as a higher minimum wage, better international financing, a moratorium on mining concessions, and the rule of international law – are seen as an impediment to business.

Since international human/labour rights conventions, including the International Labour Organization’s Convention 169 (ILO Convention 169) – to which Honduras is a signatory – are not respected by many countries, including post-coup Honduras, globalised corporate governance will continue to be a “race to the bottom” rather than a “race to the top.”

Working conditions in Honduras will only converge with those in countries such as Canada, if Canada’s current trajectories towards a pauperized majority bereft of self-determination, labour, and human rights, continues unabated.

Furthermore, the machinations of the United States’ “secret” empire building all but guarantee the global expansion of corrosive corporatism.

Starting with Iran, in 1953, when the U.S orchestrated a coup to overthrow the democratically-elected government of Mohammad Mossadegh – who dared to try to use oil profits to help his own people – coups have been part of the modus operandi of the U.S., on behalf of its corporate extensions, (including the World Bank and the International Monetary Fund.)  Coups preclude the necessity of going to war, all the while attaining the goals of imperialism: controlling countries through destabilization, the destruction of fledgling democracies, and the exploitation of resources.

In Central America, the pattern is pronounced and on-going: Once a country tries to use its public resources for the benefit of its own people – through nationalization of resources etc. – the U.S intervenes to make sure it doesn’t happen. Guatemala’s Jacoba Arbenz, Chile’s Salvador Allende, Panama’s Omar Torrejos, Ecuador’s Roldos , and (likely) Honduras’ Zelaya, refused to comply with U.S. demands.

Once corporations successfully impose their will, the results are predictable.

Canada’s Goldcorp, a subsidiary of Entremares, is a case in point. Local Hondurans at the San Martin gold and silver mine in Valle De Siria explained in riveting detail their first hand experiences.

During eight years of Goldcorp’s 10 year concession, a cyanide mixture (which extracts gold and heavy metals from ore), was sprayed 24 hours a day, in the open, and at heights of about six metres, on extracted ore. Every 12 hours, 250,000 gallons of water were used for the process, to treat about 55 million tons of rock “waste”.

The results – euphemistically called “externalities” – were predictable. Streams dried up, livestock died (about 40 cows in one instance), crops were contaminated, and the population, dependant on sustainable farming, was poisoned and displaced.

It is alleged that about 73 people – 50 per cent of the local population – have lead (and other heavy metal) poisoning. Though the company guards medical documents assiduously, outside scientists confirmed high levels of heavy metals in the water, and in the people.

Additionally, local protests resulted in credible threats and other forms of intimidation.  Bomb threats are powerful deterrents which keep kids from attending school on a regular basis.

In exchange, the mining operation provided 250 jobs, including 100 local jobs, as well as $2.5 million in taxes (that never “trickled down” to the community). They also built what is now a decrepit bridge, spanning a shallow stream.

In an effort to improve public relations, the company built a small “tourist complex”, conspicuously inaccessible to visitors when we were there.

CARE (to its credit) pulled out, but the WWF, which received funding from Goldcorp, inadvertently helped to enable the re-branding of the site as an eco-tourism destination.

Canadians may choose to believe corporate government messaging about perceived benefits of (conspicuously secret) “trade deals”, and unabated anti-union messaging tied to the notion of being competitive in the global market, but if they scratch beneath the surface, they will see that it is a self-devouring economic model that is imperilling them as well.

As in Honduras, reckless exploitation of resources does not benefit the economy or the country. It amounts to a bargain-basement sell-out of valuable resources to the detriment of Canadian values, and the Canadian economy.

German Leopards: More Killing, Collaterals, No End in Sight. With a Historic Perspective on Germany’s Repeated Role in Attempting at Conquering Russia/ By Peter...