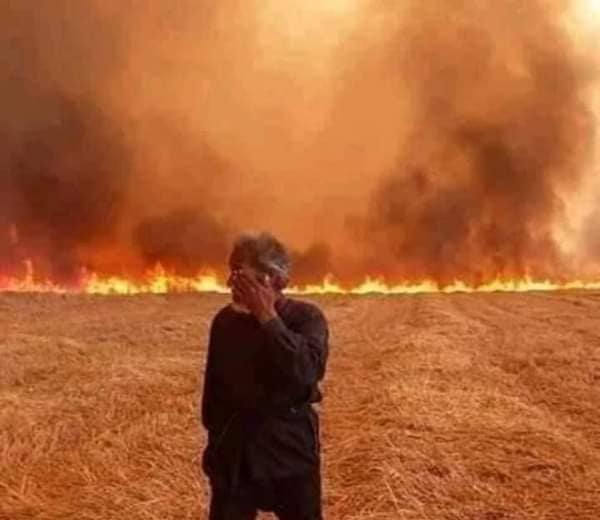 Meet the thieves and criminals who are causing millions of Syrians to starve to death.

Before 2011, #Syria was the first in the #Arab world and the eleventh in the world in exporting the best types of wheat.

Before 2011,Syria was also self-sufficient and it had a strategic stockpile for five years, but after the #American occupation of the #Jazira region in the north of Syria, which is known as the #Syrian food basket and the daily theft of tons of wheat ,the burning of thousands of hectares of wheat fields and the prevention of farmers with the traitorous #SDF, from handing over their crops to the Syrian government, the Syrian production of wheat reduced down from four million tons annually in 2011 to one million tons in 2021 in spite of all the intense efforts taken by the Syrian government to encourage farmers to grow wheat, especially in the liberated areas by our legendary #SAA from the #US-backed terrorists.

The Syrians need of wheat is about two million and a half tons of wheat annually, but because of the American terrorist democracy, about 20 million Syrians will face misery and death related to hunger.

Close the Spigot/ By Tara Reade

Pompeo to Iraq: If You Kick Us Out, We Will Bury...

Axis of Resistance.The West and its Allies Support al Qaeda and...