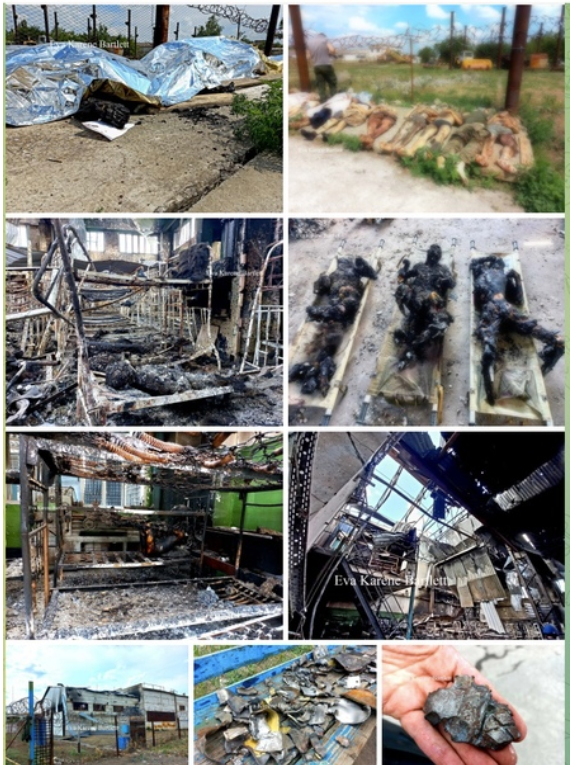 Pretty horrific scenes today at the detention center near the village of Yelenovka which Ukraine bombed late last night with American HIMARS. Press Secretary of the DPR Military Command, Eduard Basurin, said there are a confirmed 53 Ukrainian POWs dead, 71 injured.

The stench of death was everywhere. Burnt corpses, bodies cause of death shrapnel…blood splatters everywhere

HIMARS are a powerful multiple launch rocket system with GPS navigation. It is indisputable, except in lying Western media, that Ukraine intentionally killed its own soldiers using Western weapons.

If you #StandWithUkraine, you stand with this massacre of its own soldiers.