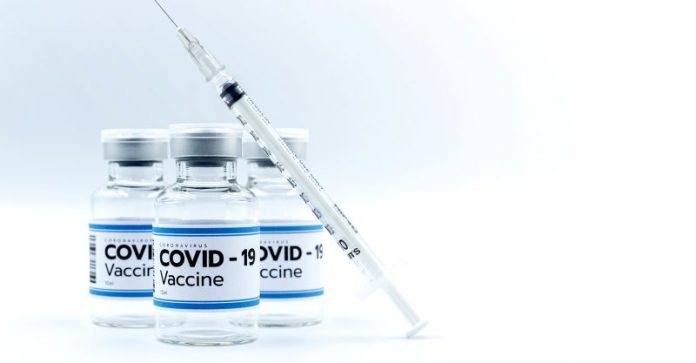 The Defender is experiencing censorship on many social channels. Be sure to stay in touch with the news that matters by subscribing to our top news of the day. It’s free.

This week’s number of reported deaths among all age groups following COVID vaccines surpassed 6,000 according to data released today by the Centers for Disease Control and Prevention (CDC). The data comes directly from reports submitted to the Vaccine Adverse Event Reporting System (VAERS).

VAERS is the primary government-funded system for reporting adverse vaccine reactions in the U.S. Reports submitted to VAERS require further investigation before a causal relationship can be confirmed.

Every Friday, VAERS makes public all vaccine injury reports received as of a specified date, usually about a week prior to the release date.

The report of a 15-year-old male (VAERS I.D. 1383620) who reportedly died after receiving a Pfizer vaccine was removed from the database on June 18. It was a duplicate of VAERS I.D. 1382096. Two of the nine deaths were suicides.

As The Defender reported June 23, the CDC’s Advisory Committee on Immunization Practices (ACIP) said there is a “likely association” of “mild” heart inflammation in adolescents and young adults after vaccination.

Members of a CDC advisory committee acknowledged 1,200 cases of heart inflammation in 16- to 24-year-olds, mostly occurring in males, and said mRNA COVID vaccines should carry a warning statement — but physicians and other public commenters accused the CDC of exaggerating the risk to young people of COVID, and minimizing the risk of the vaccines.

Dr. Tom Shimabukuro, deputy director of the CDC’s Immunization Safety Office, said in a presentation that data from one of the agency’s safety monitoring systems — Vaccine Safety Datalink (VSD) — suggests a rate of 12.6 cases per million in 12- to 39-year-olds during the three weeks after the second shot.

The Defender has been unable to report on VSD data related to COVID vaccine adverse events, including heart inflammation, as the VSD does not make data collected through the system readily available to the public.

The VSD is a collaborative project between the CDC and “several large health plans,” according to its website. Though the public can’t access the VSD data, there is a process whereby researchers can apply to access data.

The VSD data sharing program is a three-step process:

On June 24, The Guardian reported the U.S. Food and Drug Administration will add a warning to COVID vaccines produced by Pfizer /BioNTech and Moderna about rare cases of heart inflammation in adolescents and young adults, the agency announced Wednesday.

Health regulators in several countries have been investigating whether the Pfizer and Moderna vaccines using mRNA technology present a risk and, if so, how serious. The CDC advisory group found the inflammation in adolescents and young adults is likely linked to the vaccines, but the benefits of the shots outweigh the risk.

As The Defender reported June 22, 18-year-old Isaiah Harris was hospitalized after suffering a heart attack within 48 hours of his second dose of the Pfizer vaccine and is on total bed rest for six months. Isaiah Harris and his father, Justin Harris, described the traumatic ordeal in an exclusive interview.

“We took him to the hospital but they didn’t take him seriously,” Harris said. “We waited in the waiting room for over two hours and then they left him in a hallway for six hours. Things went from bad to worse while waiting in the hospital. That’s when he had his heart attack and one of his lungs filled up with fluid.”

At one point, 80% of Isaiah’s heart was inflamed and only 40% was functioning. Isaiah’s troponin levels were so high doctors said he had suffered a heart attack. According to Harris, doctors kept denying it was the vaccine until a nurse brought in a study showing the vaccine could cause myocarditis.

Harris believes his son would have been better off to have COVID versus the possible life-long issues he is now facing with his heart and the possibility of another heart attack if he overextends himself in the next three to six months. Isaiah said he would rather have COVID than a heart attack.

On June 24, The Defender reported a 13-year-old Michigan boy died June 16 –– three days after he received his second dose of Pfizer’s COVID vaccine. Preliminary autopsy results indicated that following his vaccination, Jacob Clynick’s heart became enlarged and was surrounded by fluid — symptoms similar to those documented in other teen boys who experienced myocarditis following COVID vaccination.

The teen’s death was reported to the CDC and is under investigation by federal health regulators to determine if there is a correlation between the death and vaccination — according to the Saginaw County Health Department.

As The Defender reported June 23, Laura Mallozzi, whose 18-year-old son developed myocarditis two days after his second Pfizer vaccine, said she would never have connected the dots between the vaccine and her son’s symptoms if she hadn’t read about the condition in The Defender.

David (VAERS I.D 563354) was hospitalized with myocarditis on June 10 — two days after his second dose of Pfizer’s COVID vaccine. According to Mallozzi, her son felt pressured at work by his employer and co-workers to get vaccinated, so he got vaccinated without telling her.

“I shudder to think I might have sent him back to bed with an Advil and some Vicks VapoRub because I never would have guessed that an apparently healthy 18-year-old would be experiencing a serious heart injury from a vaccine,” she said.

Mallozzi took David to the emergency room and told the doctor her son was experiencing an adverse reaction to the COVID vaccine. Although hospital workers  took her son’s information, the mother and son were ignored for hours. They finally left because David needed to lie down. Mallozzi ended up taking her son back to the emergency room for a second time, but didn’t mention the vaccine.

Scans showed David suffered severe heart damage and doctors acknowledged that the symptoms developed after David’s second Pfizer shot. Doctors are not sure how long it will take David to recover, but with other viruses that cause myocarditis, patients have to be monitored by a cardiologist for 18 months to two years.

In an exclusive interview with The Defender on June 21, Marie Follmer said no one warned her that her 19-year-old son — a healthy, elite athlete who had recovered from COVID — shouldn’t get the Pfizer vaccine because it would put him at greater risk of developing myocarditis.

“My son feels like he’s having a heart attack 24/7,” Follmer said. “He now has high blood pressure, severe chest pains, back pain, elevated kidney levels, hypothyroidism, inflamed lymph nodes in different areas of his body, and he can’t work or exercise.

In October 2020, Greyson got COVID and experienced mild flu symptoms, including an enlarged heart and slight inflammation. The cardiologist thought it could be related to being an elite athlete, and signed a release for Greyson to return to school. Nobody warned Follmer that her son should not get a COVID vaccine with a history of heart inflammation.

“I think what’s frustrating to me right now is that nobody told me that if you have an enlarged heart or heart inflammation, don’t get the shot,” Follmer said. “Not one person ever told us this. I never would have thought in a million years my kid would get sick.”

Dr. Hooman Noorchashm, a surgeon, immunologist and patient safety advocate said it’s a colossal error to vaccinate people who have previously had COVID and reactions like Greyson’s are a totally avoidable harm. “Why are we rushing to vaccinate people who we know are immune and don’t stand to gain any benefit? If I do anything medically unnecessary to someone as a doctor, I’m opening them up to potential harm. If you’ve had a recent infection and you have viral antigens in your tissues, you can literally and immunologically cause tissue damage.”

As The Defender reported June 23, Israeli researchers discovered a link between Pfizer’s COVID vaccine and thrombotic thrombocytopenic purpura (TTP) –– a rare blood disorder that causes blood clots to form in small blood vessels throughout the body. Researchers stressed this occurred in both new patients and in patients with pre-existing TTP whose disease had been in remission but flared up soon after getting the vaccine.

Scientists with the Institute of Hematology at Shamir Medical Center said they began researching the possible link after reports of a sudden increase in TTP across Israel — four cases detected in one month compared to two or three cases per year. The Health Ministry, which is evaluating the research, asked doctors not to provide interviews until the evaluation is complete.

According to the CDC website, “the CDC follows up on any report of death to request additional information and learn more about what occurred and to determine whether the death was a result of the vaccine or unrelated.”

On March 8, The Defender contacted the CDC with a written list of questions about reported deaths and injuries related to COVID vaccines. After repeated attempts, by phone and email, to obtain a response to our questions, a health communications specialist from the CDC’s Vaccine Task Force contacted us on March 29 — three weeks after our initial inquiry.

On May 19, a CDC employee said our questions had been reviewed and our inquiry was pending in their system, but would not provide us with a copy of the response. We were told we would be contacted by phone or email with the response.

On June 24, we contacted the CDC and were told nobody knew the specialist from the agency’s Vaccine Task Force who contacted us in March, and that our request was still pending in the system. It has been 109 days since we sent our first email inquiring into VAERS data and reports and we have yet to receive a response.

UK Sees 44% Increase in Child Deaths after Jab Rollout for...