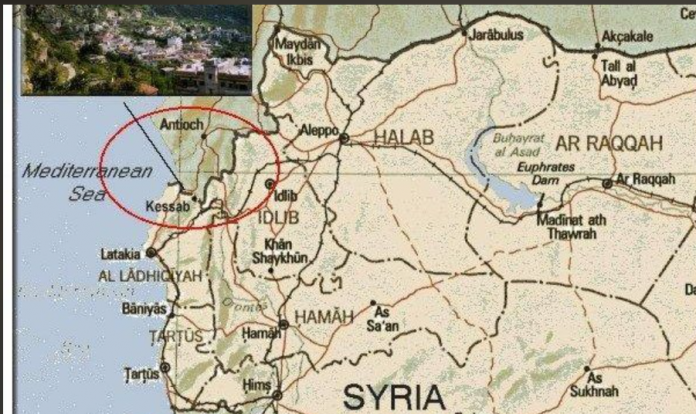 Betrayal of the Syrian people began in April 2011, when the Obama administration participated in a 500 million dollar program to arm and train terrorist proxy armies to invade Syria and overthrow its secular government.  Called “rebels ” by Obama, they quickly targeted Christian and Alewite regions and massacred entire villages to gain territory.

Syrians joined their government’s army ( SAA) in droves. Because they refused defeat, U.S. elites tried a new tactic, romanticizing the Kurds–(using media campaigns to make the Kurds look like “good guys” to justify U.S. interference and seizure of Syrian oil. )

Immediately after receiving mass weaponry from the U.S administration,  Kurdish forces massacred Syrian Christian villages near Turkey’s border for more land-grabbing. ( a century earlier, Kurds participated in the Armenian genocide and took over their lands and homes)

American military presence in Syria prevents its government from reinstating control over al Qaeda occupied territory.  Often, U.S. forces prevented the SAA from targeting or defending itself from ISIS.  U.S. interference is not only against international law,  it is a shameful betrayal of the Syrian people.

Half of Quebec Patients Hospitalized ‘With COVID’ Not Admitted ‘for COVID’/...

Before your Child is Injected, Watch Dr. Robert Malone’s statement on...

Hamilton Coalition To Stop The War/ No War On Iran/End Imperial...