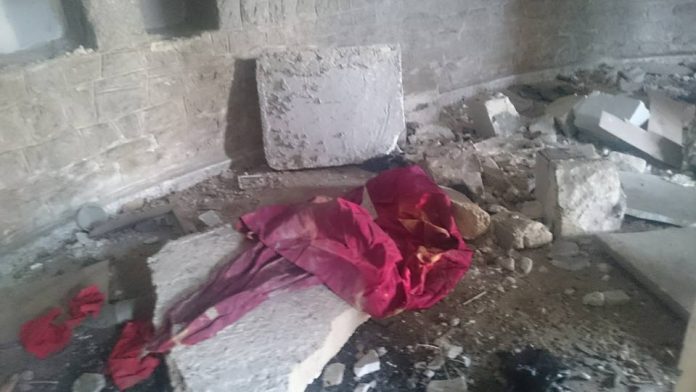 Thu, Jun 4, 2020
Reverend Andrew Ashdown felt profound sadness, then seething rage, as he stood among the ruins of the church in the Syrian Christian village of Qasab–one of many villages he’d seen reduced to rubble by al Qaeda armies.  These are the so-called “moderate rebels ” ( aka “opposition rebels ” and “coalition partners “) supported by Western leaders.

In areas recaptured from al Qaeda by the Syrian government, remarkable restorative work is being done.  Yet Syrians face a looming new threat from America, effective in June.
This is the Congressional “Caesar Syrian Civilian Protection Act” signed by President Trump.  Falsely blaming President Assad of heinous atrocities,  the bill punishes anyone who does business with or aids Syria’s government.  The aim is to destroy Syria’s economy, halt rebuilding and topple its president.  Side effects may include impoverishment and starvation to currently thriving populations.

When a delegation of Syrian Christian clergy begged Congressional leaders to stop funding “rebels ” because they were terrorizing, massacring and destroying entire Christian villages, it fell on deaf ears.   Syrians pleaded with Congresswoman Tulsi Gabbard during her visit to ” tell America to stop funding terrorists!”  U.S. politicians scorned her over it.