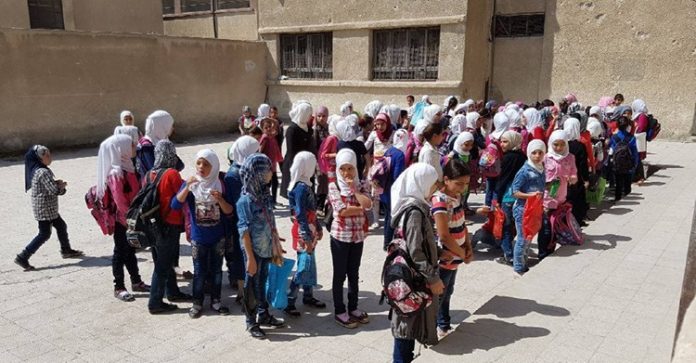 “Under the Saudi-backed sectarian terror groups (mainly Jaysh al Islam, Faylaq al Rahman, and Jabhat al Nusra), all schools had been closed, commandeered by the armed groups for their own purposes. Only a few small classrooms were used for Saudi-style religious instruction.

The result is that, after six years of jihadist occupation, as teachers confirmed to us, most primary school age children had never been to a real school; until now.” — Prof. Tim Anderson