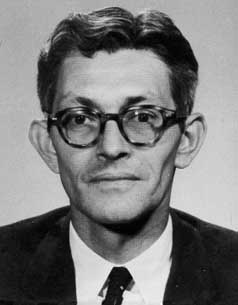 Recently Paul Craig Roberts recounted a conversation he had with James Jesus Angleton, a former head of CIA counterintelligence, in which they discussed strategies that the CIA employs to dupe the American and global public, with a view to perpetrating criminal agendas, cloaked beneath the lie of “national interests”.  Angleton explained to Roberts that,

intelligence services create stories inside stories, each with its carefully constructed trail of evidence, in order to create false trails as diversions. Such painstaking work can serve a variety of purposes … Then if the official story gets into trouble, the backup story can be released in order to deflect attention into a new false story or to support the original story.

The strategy of “stories within stories”, and using competing narratives to confuse, to distract, and to lead the public down false paths (red herrings) is entirely consistent with the 9/11 crimes, the subsequent “War On Terror”, and the criminal invasion of Syria.

The official stories explaining the 9/11 false flag are bundled with hidden stories, “limited hangouts”, and “distance from accountability” strategies — all serving to daze and confuse North Americans in particular, to the point where we revert to passively accepting the narrative of the day and the overarching lie that supporting the neo-con war agenda is patriotic.

The first 9/11 story – Story A – identified al Qaeda and Bin Laden as the primary perpetrators, but this story is being supplanted by another story – story B – which features Saudi Arabia as the villain.  No doubt Saudi Arabia played a role in the crime and the on-going cover-up, but “Story B” is also a “limited hangout” in the sense that only a limited part of the story is “hanging out”.  It also serves to provide cover or “distance from accountability” for some of the major villains who are still shielded from the glare of the spotlight. Additionally, it serves to lead us down false trails (red herring) that divert public attention from the hidden agenda of global war and poverty.

The Saudi Arabia limited hangout does beg an important question though:  Will the CIA’s Wahhabi mercenary outfits — ISIS, al Qaeda/ al Nursra Front, and all the fraudulently labelled “moderates”, be targeting Saudi Arabia next?

The same strategy of “stories within stories” is occurring with the West’s criminal war of aggression on Syria.

Professor Tim Anderson explains in an interview that

“Washington’s plan for a New Middle East – with compliant states across the region – is failing. Their Plan B is to partition or otherwise divide Syria and Iraq. Their Plan C will be to withdraw while pretending that they have helped bring peace to the region.”

The original Plan A: to quickly destroy democratic, pluralist, non-sectarian Syria with Western and Gulf Cooperation Council (GCC) backed terrorist invaders — with a view to setting up a stooge Wahhabi-style dictatorship, is failing.  Not only are the terrorists being defeated on the battlefield, but the psy op “strategy of disassociation” is crumbling as well. More and more people are seeing through the lies of the “moderate rebel” story:  the Western/GCC – backed “moderates” (all of whom share the same strategic ambitions as ISIS and the West) are at least as bad, maybe worse than their “comrades in arms”, “ISIS”.

When U.S State Department spokesperson Mark Toner explained that they might put a “pause” on funding the so-called “moderates”, who publically and brazenly chopped off the head of a Palestinian boy, the “strategy of disassociation” was beheaded as well.

Plan B is also failing, at least in Syria, since the “balkanization” efforts at creating ethnically or religiously-based enclaves within Syria is hitting the wall of Syria’s longstanding culture of religious freedom and pluralism.  Syrians identify themselves first and foremost as Syrians, and not according to their religious affiliations.

Hopefully, Plan C is around the corner.  The West will pretend that it has achieved peace, and it will withdraw its disgusting terrorist proxies.

The ugly truth about the genocidal Western designs for Syria – well documented for years by sources including former Defence Intelligence Agency (DIA) chief Michael Flynn, by Generals Dempsey, and Clark, by Vice-President Biden, and by publicly available Defence Intelligence Agency documents, as well as from other open source documents — is increasingly being accepted.

Despite the fake reporting, the fake NGOs, the “stories within stories”, the indolence and criminality of the corporate presstitutes, the ugly truth is imposing itself on Western audiences, whether they like it or not.