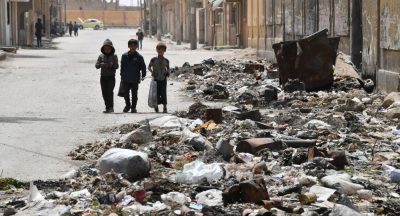 Now that refugees are flooding back into the country that they love, the truths that contradict the Western lies are laid bare.

Western agencies that continue to propagate the lies – including book publishers – should be boycotted.

The truth that NATO terrorists engage in organ harvesting has now been reinforced by more primary-source evidence.

In 2016, Hossein Noufel, Director-General of Syria’s Coroner’s Office reported that

“(b)ody organs of thousands of Syrian civilians have been sold in the international black markets over the past six years.”1

Permanent Syrian resident Lilly Martin collaborated this evidence in a global Facebook posting. She reported that,

“(t)he organ harvesting in Turkey is not limited to selling a part for cash. The majority of organ harvesting in Turkey is done by the terrorists, who are US supported. The terrorists take injured or kidnapped Syrians across the border to Turkey and instead of saving their life with medical care, the injured are shipped back to Syria with an explanation that they died in surgery, and couldn’t be saved. However, they always have clear signs of organ harvesting. In many cases, eyes were removed. This info comes from survivors of the Aleppo battles, who are now in Latakia.” 2

Now, Professor Tim Anderson, recently returned from a trip to Syria, provides more evidence to establish what we already know.

Anderson describes the photo above as a “small hospital used for organ trafficking by FSA-Nusra. Burned to destroy records and evidence (Source L.H.)”

Whereas the truth leads to peace, engineered lies, such as those propagated by “Bana Inc.” create a foundation for more war and more misery.

Letter to the Editor of Hutchinson News