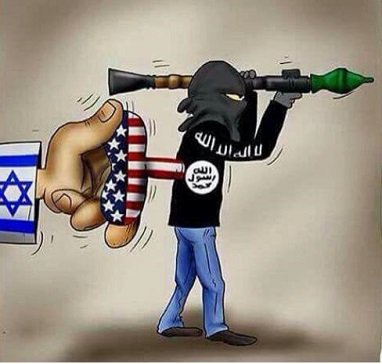 Mid-March 2011. Ten Years Ago, Marks the Commencement of the War on Syria

The following eight concepts are intended to clarify the nature of the war on Syria, which started ten years ago on March 17-18, 2011.

It was never “a civil war”. It was an undeclared  war of aggression using Al Qaeda affiliated terrorists as the foot-soldiers of US-NATO and their Middle East allies.

From day one, terrorists were involved in the killing of civilians.

It started in Daraa as an insurgency integrated by Salafist mercenaries.

Most of what is presented below is backed up by mainstream and official sources of information.

The Daraa “Protests” had all the appearances of a staged event involving covert support to “Islamic terrorists”.

Government sources pointed to the role of radical Salafist groups.  In chorus, the Western media described the events in Daraa as a protest movement against Bashar Al Assad. Tacitly acknowledged by the media, many of the alleged “demonstrators” were professional killers.

In a bitter irony, the deaths of policemen were higher than those of “demonstrators”. It was not a protest movement, it was an armed insurgency.

In Daraa, roof top snipers were targeting both police and protesters

Reading between the lines of Israeli and Lebanese news reports (which acknowledge the police deaths) a clearer picture of what happened in Daraa on March 17-18 had emerged. The Israel National News Report(which can not be accused of being biased in favor of Bashar al Assad) confirmed that:

The Lebanese news report also acknowledged the killings of seven policemen in Daraa.

These news reports of the events in Daraa confirmed that from the very outset this was not a “peaceful protest” as claimed by the Western media.

Moreover, from an assessment of the initial casualty figures (Israel News), there were more policemen than “demonstrators” who were killed.

This is significant because it suggests that the police force may have initially been outnumbered by a well organized armed gang of professional killers.

2. Recruitment and Training of Terrorists From the Very Outset in 2011

From Day One, the Islamist “freedom fighters” were supported, trained and equipped by NATO and Turkey’s High Command. According to Israeli intelligence sources:

NATO headquarters in Brussels and the Turkish high command are meanwhile drawing up plans for their first military step in Syria, which is to arm the rebels with weapons for combating the tanks and helicopters spearheading the Assad regime’s crackdown on dissent. … NATO strategists are thinking more in terms of pouring large quantities of anti-tank and anti-air rockets, mortars and heavy machine guns into the protest centers for beating back the government armored forces. (DEBKAfile, NATO to give rebels anti-tank weapons, August 14, 2011)

This initiative, which was also supported by Saudi Arabia and Qatar, involved a process of organized recruitment of thousands of jihadist “freedom fighters”, reminiscent of  the enlistment of  Mujahideen to wage the CIA’s jihad (holy war) in the heyday of the Soviet-Afghan war:

Also discussed in Brussels and Ankara, our sources report, is a campaign to enlist thousands of Muslim volunteers in Middle East countries and the Muslim world to fight alongside the Syrian rebels. The Turkish army would house these volunteers, train them and secure their passage into Syria. (Ibid, emphasis added)

These mercenaries were subsequently integrated into US and allied sponsored terrorist organizations including Al Nusrah and ISIS.

The Islamic State is protected by the US and its allies.

If they had wanted to eliminate the Islamic State brigades, they could have “carpet” bombed their convoys of Toyota pickup trucks when they crossed the desert from Syria into Iraq in June 2014.

In September 2014, Obama ordered a “counter-terrorism” bombing campaign against the ISIS in both Syria and Iraq.  This major bombing campaign was initiated two months months after the entry of the ISIS convoy of Toyota pickup trucks into Iraq in June 2014. The bombing campaign has now entered into its third year. Its objective was NOT to go after the Islamic State (ISIS-Daesh). The coalition consisted of some 4o countries five allied Arab monarchies, which are known to provide support to both ISIS and al Qaeda.  The “40-nation coalition that unleashed more than 200 airstrikes in Syria on a single night with state-of-the-art U.S. fighter planes and help from five allied Arab monarchies” Among the advanced weapons system allegedly used against the ISIS was the F-22 Raptor.

The total number of US and coalition sorties against Syria and Iraq is of the order of 111,410. This translates into an average of 147 sorties a day (over a period of 755 days).

Its all for a good cause. None of these strikes were directed at the Syrian people, according to official statements.

And these humanitarian statements have never been challenged by the Western media.

The initiative was part of the “Global War on Terrorism”. It was in violation of  international law. What we are dealing with are extensive war crimes directed against the people of Syria and Iraq.

Source of Tables US Department of Defense, copyright US DoD, 2016

These are the costs of destroying Iraq and Syria. killing tens of thousands of Syrians, triggering a refugee crisis. These costs are ultimately financed by tax dollars. We are dealing with the conduct of extensive war crimes. The mainstream media remains on silent this issue.

These 12.3 million dollars a day are the cost of destroying Syria and Iraq and killing their people.

In the table above the “official” breakdown is provided, the figures refer to US strikes against Syria and Iraq.

31,900 targets as part of a war on terrorism. Ironically, the number of terrorists has increased dramatically as a result of the “counter-terrorism” campaign, not to mention the NATO sponsored international campaign of recruitment of terrorists.

According to Jane’s Defence Weekly, quoting documents released by the U.S. Government’s Federal Business Opportunities (FBO), the US –as part of its “counterterrorism campaign”– has provided Syrian rebels [aka moderate Al Qaeda] with large amounts of weapons and ammunition.

The US and its allies (including Turkey and Saudi Arabia) have relied on the illicit trade in light weaponry produced in Eastern Europe, the Balkans, China, etc. for delivery to rebel groups inside Syria, including ISIS-Daesh and Al Nusra. In turn, operating out of the occupied Golan Heights, Israel’s IDF has provided weapons, ammunition, logistical support to Al Qaeda rebels operating in Southern Syria.

While Washington’s Middle East allies undertake shady transactions in a buoyant market for light weapons, a significant part of these illicit weapons shipments is nonetheless directly commissioned by the US government.

These shipments of weapons are not conducted through internationally approved weapons transfers. While they are the result of  a Pentagon (or US government) procurement, they are not recorded as “official” military aid. They use private traders and shipping companies within the realm of a thriving illicit trade in light weapons.

Based on the examination of a single December 2015 Pentagon sponsored shipment of more than 990 tons, one can reasonably conclude that the amounts of light weapons in the hands of  ”opposition” rebels inside Syria is substantial and exceedingly large.

8. Weapons “Made in Canada” Delivered to Saudi Arabia, A State Sponsor of Terrorism

Ottawa’s deal with Saudi Arabia is coordinated with Washington. It essentially serves the Pentagon’s military agenda in the Middle East, it channels billions of dollars to the US military industrial complex.

Amply documented, Saudi Arabia is the state sponsor of Al Qaeda affiliated “opposition groups” in Syria including the Islamic State (ISIS). Riyadh –acting in liaison and on behalf of Washington– plays a central role in the financing of the Islamic State (ISIS) as well as the recruitment, training and religious indoctrination of terrorist mercenary forces deployed in Syria and Iraq.

What this signifies is that Canada is selling weapons to a country which is supporting and sponsoring terrorist organizations.  Moreover Saudi Arabia is currently involved in a war of aggression against Yemen in blatant derogation of international law.

General Dynamics has subsidiaries in 43 countries including Canada.

Ottawa’s official stance is that these weapons which include “combat vehicles with machine guns and anti-tank cannons” are to be used by Saudi Arabia solely for purposes of national defense. They are not be used against civilians.

Opponents of Canada’s $15-billion arms deal with Saudi Arabia took Ottawa to court. The action was led by law Professor Daniel Turp together with students of the University of Montreal. In a recent judgment (January 23) by Federal Court in Montreal, the case was dismissed: “Justice Daniele Tremblay-Lamer ruled that the court’s role was not to “pass moral judgment” on the decision by then-foreign affairs minister Stéphane Dion to issue export permits allowing the deal.”

9. The Liberation of Aleppo

While Aleppo has been liberated against the scourge of US-NATO supported terrorism, most mainstream media are accusing Syrian government forces of committing atrocities against civilians, describing Aleppo as a humanitarian crisis. What they fail to mention is that for the last four years the Eastern part of  Aleppo has been occupied by Al Qaeda terrorists who are now upheld as “opposition” rebels.

Nine Years Ago: The US-NATO-Israel Sponsored Al Qaeda Insurgency in Syria. Who Was Behind the 2011 “Protest Movement”?

16 March 2016The original source of this article is Global Research

Libya: When Historical Memory is Erased

Letter to the Editor By Sheila Young