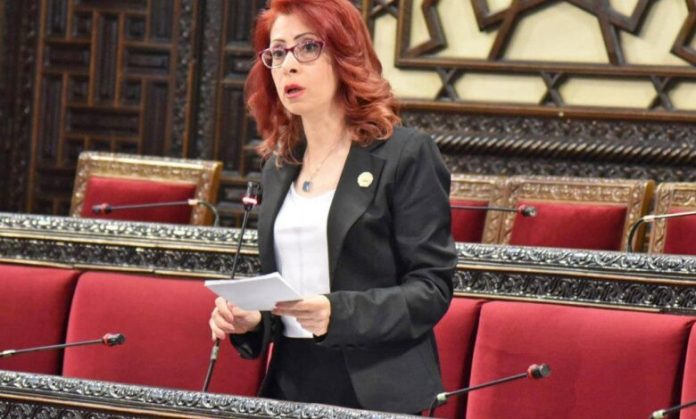 Speaker of the People’s Assembly [ Hammoudah Sabbagh]  has sent letters to the Speakers of 14 Arab and friendly countries to invite members representing their parliaments to attend the Syrian presidential elections, the Syrian Member of Parliament Dr. Nora Arissian told Syria Times e-newspaper on Friday.

The MP made it clear that all world countries invite international election monitors from different countries and organizations to see how the process of election is going on.

The parliaments that will be invited by Syria are from: Algeria, Oman, Mauritania, Russia, Iran, Armenia, China, Venezuela, Cuba, Belarusian, South Africa, Ecuador, Nicaragua and Bolivia.

“This step that was adopted by Syria this year was also taken in 2014 presidential elections. It will give a momentum to the elections as the monitors will write down reports about the process and will send them to their parliaments and organizations. I think that world media outlets will attach great importance  to these reports because they are released by the parliaments of the invited countries,” Dr. Arissian added.

As for her reaction about the application submitted by 7 women to run for the position of President this year, the parliamentarian said: “I was happy because this refuted rumors about the gender of the president in Syrian constitution….Running for the position of President is women’s right as the Syrian constitution guarantees the equality between men and women.”

She in addition pointed out that Syria has completed all measures for the elections in accordance with constitutional and legal systems amid desperate remarks made by some countries, mainly the US and its allies, in an attempt to falsify the reality of the forthcoming presidential elections to be held on May 26.

On Thursday, The box containing written support  granted by members of the People’s Assembly to the candidates for the post of President of the Republic  reached the Supreme Constitutional Court.

The court will announce the names of the candidates whose nominations have been successful in few days.

The forthcoming presidential elections will be held on May 26th for citizens inside Syria and on May 20th for Syrian citizens abroad.

Syria and Syrians say NO to foreign interventions in their internal...