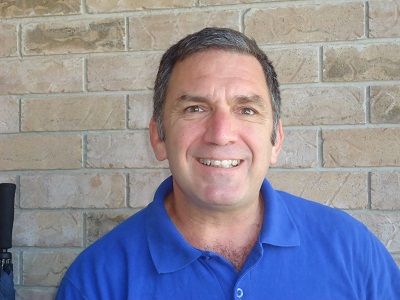 “Their (opposing parties’) masters are not Syrian,” he said, adding, “Ultimately they will have no say in substantive matters.”

Taliano is an author and independent investigative reporter who recently returned from a trip to Syria with the Third International Tour of Peace to Syria. In his new book titled “Voices from Syria”, he combines years of research with on-the-ground observations to present an informed and well-documented analysis that refutes mainstream media narratives about the dirty war on Syria.

The following is the full text of the interview:

Tasnim: The United Nation’s envoy for Syria said recently that first talks in the Swiss city of Geneva on the country’s constitution involving Syrian opposition, government and civil society representatives have “gone much better” than many would have expected. Geir Pedersen said the two co-chairs of the constitutional committee from President Bashar al-Assad’s government and the leading opposition have agreed to meet again on November 25, and that delegations would in coming weeks “hopefully come up with a work plan”. Representatives of both sides met to discuss a future constitution, part of plans for a political settlement to end eight and a half years of war. Expectations for the talks have been low, with Damascus and its allies having made gains on the battlefield that left them few reasons to grant concessions. What do you think about the developments? How possible is it for the Constitutional Committee to reach an agreement given the deep differences and lack of trust between its members?

Tasnim: The Syrian Constitutional Committee was established with the aim of paving the way for a political settlement in Syria. If a new constitution is approved by the committee, how practical will it be?  How can the opposing parties guarantee to adhere to the new constitution?

Taliano: Unelected opposing parties cannot guarantee anything. Their masters are not Syrian. Ultimately they will have no say in substantive matters.

Tasnim: Given Turkey’s military operation against Kurds in northern Syria and the presence of Ankara-backed extremist groups in the area, what do you think about the negative impacts of foreign intervention on the political settlement of the Syrian crisis?

Taliano: Turkey and its NATO (terrorists) will be reined in, but on-going imperial war crimes and occupations will slow negotiations and continue to be enemies to Peace. Terrorism will be a challenge for as long as Empire illegally occupies Syrian territory.  The head of the Opposition’s “Syrian Negotiation Commission (SNC)”, Nasr al-Hariri, will find that on-going terrorism will hinder rather than advance his foreign-influenced agenda.

SYRIA: Victory or the End of Humanity, Why Russia Got Involved...

Israel Tries To Brand Itself as a Peaceful, Democratic Oasis. Don’t...