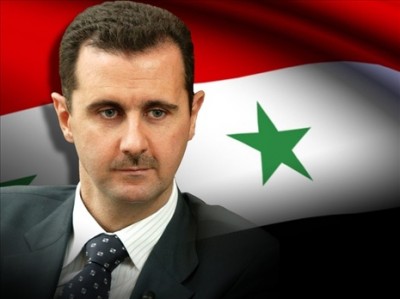 Any leader of any country that refuses Washington’s dictatorship is automatically demonized. Leaders are accused of “killing their own people” or worse. Real evidence is never required in the Orwellian era in which we live.

In Syria’s case, Washington and its terrorists are killing Assad’s people, not Assad. And Washington is committing the overseas holocaust, not Assad.

Yet Syria is one of those all-too-uncommon cases where peace, justice, and civilization are winning.

Whereas Washington wants chaos and permanent war, times are changing, and the dystopia of Washington’s unilateral dictatorship over global affairs is waning.

Globalization was never about globalized freedom, peace, prosperity or democracy.  It was always about U.S/corporatocracy diktats, enslavement, war, and poverty. The ruling oligarchy isn’t interested in the wealth or welfare of the “other”, at home or abroad.

The 911 false flag didn’t start the predatory economic and military predations, or the repression at home and abroad, but it accelerated and fed the cancers.Selected Articles: Towards Syria’s Revival?

The deaths of Afghanistan and Libya, the holocaust in Iraq, and the re-emergence of neo-Nazism in Ukraine (mirroring the West’s fascist governments, their Homeland Security, and their harmonizing police-state legislations) are telling examples.

One sign of an emerging, more hopeful world, is the 2017 Damascus International Fair[1], which re-opened after a five year absence. It symbolizes a brighter future for all of us. It means that Syria is winning the war against international terrorism, despite the fact that NATO terrorists bombed the entrance to the fair, reportedly murdering 9 innocent people, and injuring dozens.

Fortunately, Syria’s victories are also laying bare the lies of the so-called “War On Terror”.

Now that Syrian refugees are flooding back into the country that they love[2], and terrorist-occupied areas are increasingly liberated, the real story about the war – an inversion of the disgraceful MSM and Western government fabrications – will no doubt become stronger, and the larger reality that the “War On Terror” is a fraud will gain ascendency.

Simultaneously, a multi-polar world is emerging, which should present counter-measures to Washington’s neo-con diktats, and its megalomania. Peace might even break out.

We can thank Syria and its allies for this liberating window of opportunity.

[2] Brandon Turbeville, “More than 600,000 Syrians Return Home. If Assad Is “Killing His Own People” Why Are They Returning?” Global Research, August 22, 2017. (http://www.globalresearch.ca/more-than-600000-syrians-return-home-if-assad-is-killing-his-own-people-why-are-they-returning/5605174) Accessed August 22, 2017The original source of this article is Global ResearchCopyright © Mark Taliano, Global Research, 2017