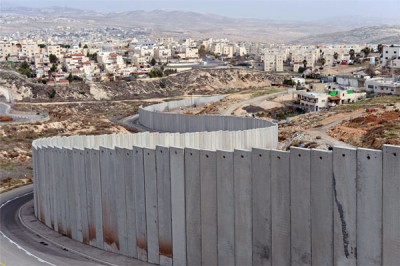 If Canada were to support real, productive change, it would support rather than condemn peaceful citizen initiatives such as the Boycott Divest Sanctions (BDS) campaign.

Instead, Canada continues to support international lawlessness abroad, and an on-going domestic policy of police state repression, welded to a nexus of complicit agencies — most notably mainstream media — to stifle our freedom of dissent.

In an earlier article, for example, this author noted that,

“The International Criminal Court (ICJ) ruled in 2004 that the West Bank wall was ‘illegal in its entirety,’ and that compensation should be paid to those affected. Additionally, the U.N General Assembly passed a resolution supporting the ICJ’s call to dismantle the wall.”

Not only is the wall a breach of international law, but it also represents a “land-grab”.  85% of the wall is located on the occupied West Bank. Upon completion, 46% of the West bank will be locked into ghettos.  Even now, there are separate, apartheid road systems which separate Israeli from Palestinian drivers.

The territory of Gaza is accurately described as an “open air prison”.  The illegal blockade of the land, air, and sea, is itself is a form of collective punishment, and a violation of the Geneva Conventions and international humanitarian law.

Israel imposes a “diet” on Palestinians.  A 2010 study entitled, Humanitarian Minimum| Israel’s Role in Creating Food And Water Insecurity in the Gaza Strip provides strong evidence that Israel’s imposition of food and water insecurity on Gaza is part of its illegal military strategy of collective punishment.

According to REPORT TO UNRWA: THE GAZA HEALTH SECTOR AS OF JUNE 2014,  90 % of the water in Gaza is unfit for human consumption.  A June, 2006 Israeli airstrike on the Gaza Power Plant contributed to a nexus of health deprivations, one symptom of which is that one third of Gazan households are provided with running (unclean) water for 6-8 hours once every four days.  Whereas an Israeli uses about 300, liters of (clean) water per person, per day, Gazans are restricted to 70 litres (contaminated) water per day.  Again all of these deprivations were pre-planned.

Meanwhile, cement quotas undermine rebuilding efforts: it would take 17 years to adequately rebuild infrastructure.  Despite the fact of power shortages and poor healthcare infrastructure — 50% of Gazan hospitals were damaged in 2008/09 — 21% of medical permits to exit through the Eretz crossing are denied.

Israel also breaches the Fourth Geneva Convention  in terms of its treatment of Palestinian prisoners:

The institutionalized racism, the war, the occupation, the imprisonment, and the intentional denial of human rights and freedoms takes a tremendous, sometimes hidden, toll. The United Nations (UN) estimates that about 370,000 children in Gaza require psycho-social support.

The totality of these imposed restrictions amounts to genocide:

The definition of “genocide”, as defined by Articles II and III of the 1948 Convention on the Prevention and Punishment of Genocide:

“Article II: In the present Convention, genocide means any of the following acts committed with intent to destroy, in whole or in part, a national, ethnic, racial or religious group, as such:

(a) Killing members of the group;

(b) Causing serious bodily or mental harm to members of the group;

(c) Deliberately inflicting on the group conditions of life calculated to bring about its physical destruction in whole or in part;

(d) Imposing measures intended to prevent births within the group;

(e) Forcibly transferring children of the group to another group.

Article III: The following acts shall be punishable:
(a) Genocide;

(b) Conspiracy to commit genocide;

All of this illegality is an outgrowth of a racist settler-colonial dynamic where illegal discrimination is politicized. Political operatives have distorted and degraded the teachings of Judaism and Islam to the point that engineered religious facades are used as instruments of division to wage illegal war and genocide.

The duplicity of the Canadian government in condemning the BDS movement on the one hand, while publically stating on the other that Canada will be a “frank voice in the Middle East” is a symbol of Canada’s duplicity.

The “perception management” wing of our media complex presents Canada in a favourable, judicious light; whereas sustainable evidence demonstrates that our foreign policy is in derogation of international law.

Author’s note: An elaboration of the Israeli-imposed deprivations on the Palestinian population is presented in an extraordinary , data-driven web-site called “Visualizing Palestine”, which also formed the basis of a student presentation at Hamilton’s (ON, Canada) McMaster University.

Information from the site, and the McMaster outdoor presentation, form the basis of much of the information in this article.

Special thanks to McMaster Muslims For Peace and Justice, and Solidarity for Palestinian Human Rights.Palestinian Prisoners on Hunger Strike as Trump Visits IsraelThe original source of this article is Global ResearchCopyright © Mark Taliano, Global Research, 2016