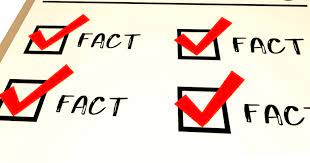 Last Monday I received an email from  NewsGuard, “an independent organization that rates and reviews news outlets based on nine apolitical journalistic criteria.”

The analyst asked me to comment on two statements in my columns  in which I am accused of “advancing false and unsupported claims.”

One  false and and unsupported claim is “a March 2022 article titled ‘Ukraine Hosted Illegal US Biowarfare Laboratories,’ repeated Russian and Chinese propaganda about the presence of U.S.-run bioweapons labs in Ukraine, which has been repeatedly debunked by fact-checking organizations and refuted by U.S. government officials.”

The alleged “fact checker’s” claim that I made a false and unsupported claim is incorrect for two reasons.  One is the fact that a Freedom of Information Act (FOIA) request to the Defense Threat Reduction Agency produced official US government documents that state that the Defense Threat Reduction Agency, a component of the U.S. Department of Defense, funded anthrax laboratory activities in a Ukrainian biolab in 2018. The US government’s records also show over $11 million in funding for the Ukraine biolabs program in 2019. See this.

READ MORE: Time Magazine Is Right: Russia Isn’t as Isolated as Some in the West May Like to Think

Apparently, it never occurred to the dumbshit “fact checker” that relying on assurances from a proven liar such as the US government is no way to check a fact.

How, “fact checker,” does the government refute its own admission?

What we see here is a “fact checker” who thinks or has been trained to see any report, whether or not endorsed by the reporter, of an item in the “impermissible to be mentioned” category as a “false and unsupported claim.”  In other words, all is false except official narratives.

My other “false and unsupported claim” is that 100,000 vote spikes are indications of fraud, a conclusion endorsed by numerous experts.

The “fact checker” alleges that vote spikes “are commonplace and due to the release of large batches of results all at once from solidly Democratic or Republican districts, or from mailed ballots.” What the “fact checker” does not account for is the extreme unlikeliness of a vote dump of 100,000 or more ballots that is all for one candidate, or how votes were mailed in such a way that all Democrat votes arrived in the same delivery.  Perhaps it is statistically possible for 100,000 votes to arrive in an unbroken stream all for the same person, but the probability of such an event is far too low to account for the large number of times it throws a close election to a Democrat. Are there that many voting precincts in which not a single Republican voter lives?  Republican vote spikes are rare and seem to happen when the algorithm of the voting machines has created an unbelievable margin of Democrat victory and has to be narrowed.

In my opinion, “fact checkers” are unintelligent people devoid of integrity who are hired to support official narratives by stamping out truth and dissenting opinion.

Who checks the “fact checkers?”

There is no reason to trust a “fact checker.”

Anyone can set up a “fact check” site to protect any material or ideological interest from examination.

Paul Craig Roberts is a renowned author and academic, chairman of The Institute for Political Economy where this article was originally published. Dr. Roberts was previously associate editor and columnist for The Wall Street Journal. He was Assistant Secretary of the Treasury for Economic Policy during the Reagan Administration. He is a regular contributor to Global Research.

Social media fact-checking, brought to you by the Deep State/By Daniel...