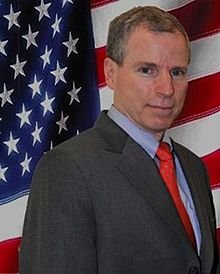 This article was originally published in May 2012.

Modeled on US covert ops in Central America, the Pentagon’s “Salvador Option for Iraq” initiated in 2004 was carried out under the helm of the US Ambassador to Iraq John Negroponte (2004-2005) together with Robert Stephen Ford, who was appointed US Ambassador to Syria in January 2011, less than two months before the beginning of the armed insurgency directed against the government of Bashar Al Assad.

“The Salvador Option” is a “terrorist model” of mass killings by US sponsored death squads. It was first applied in El Salvador, in the heyday of resistance against the military dictatorship, resulting in an estimated 75,000 deaths.

John Negroponte had served as US ambassador to Honduras from 1981 to 1985. As Ambassador in Tegucigalpa, he played a key role in supporting and supervising the Nicaraguan Contra mercenaries who were based in Honduras. The cross border Contra attacks into Nicaragua claimed some 50,000 civilian lives.

In 2004, after serving as Director of National Intelligence in the Bush administration, John Negroponte was appointed US Ambassador to Iraq, with a very specific mandate: the setting up of “Salvador Option” for Iraq.

The Salvador Option for Syria”: The Central Role of  US Ambassador Robert S. Ford

The US Ambassador to Syria (appointed in January 2011), Robert Stephen Ford had been part of Negroponte’s team at the US Embassy in Baghdad (2004-2005). In this regard, “The Salvador Option” for Iraq laid the groundwork for the launching of an armed insurgency in Syria in March 2011.

In relation to recent events, the killing of 108 people including 35 children in the border city of Houla on May 27 was, in all likelihood, committed by US sponsored death squads under the “Salvador Option for Syria”. The deaths of civilians have been casually blamed by the Western media on the Al Assad government and the incident is being used as pretext for a “humanitarian” R2P intervention by NATO. Outright media fabrications, including the manipulation of images by the BBC suggest that the Syrian government was not behind the massacre:

“As information trickles out of Houla, Syria, near the city of Homs and the Lebanese-Syrian border, it is becoming clear that the Syrian government was not responsible for shelling to deaths some 32 children and their parents, as periodically claimed and denied by Western media and even the UN itself. It appears that instead, it was death squads at close quarters – accused by anti-government “activists” as being “pro-regime thugs” or “militias,” and by the Syrian government as the work of Al Qaeda terrorists linked to foreign meddlers.” (See Tony Cartalucci, Syrian Government Blamed for Atrocities Committed by US Sponsored Deaths Squads, Global Research, May 28, 2012)

Chronology of the Syria “Protest Movement”

US Ambassador Robert S. Ford was dispatched to Damascus in late January 2011 at the height of the protest movement in Egypt. (The author was in Damascus on January 27, 2011 when Washington’s Envoy presented his credentials to the Al Assad government).

READ MORE: Terrorism with a “Human Face”: The History of America’s Death Squads

At the outset of my stay to Syria in January 2011,  I reflected on the significance of this diplomatic appointment and the role it might play in a covert process of political destabilization. I did not, however, foresee that this destabilization agenda would be implemented within less than two months  following the instatement of Robert S. Ford as US Ambassador to Syria.

The reinstatement of a US ambassador in Damascus, but more specifically the choice of Robert S. Ford as US ambassador, bears a direct relationship to the onset of the insurgency integrated by death squads in mid-March 2011 (in the southern border city of Daraa) against the government of Bashar al Assad.

Robert S. Ford was the man for the job. As “Number Two” at the US embassy in Baghdad (2004-2005) under the helm of Ambassador John D. Negroponte, he played a key role in implementing the Pentagon’s “Iraq Salvador Option”. The latter consisted in supporting Iraqi death squads and paramilitary forces modelled on the experience of  Central America.

Ambassador Ford in Hama in July 2011

Since his arrival in Damascus in late January 2011 until he was recalled by Washington in October 2011, Ambassador Robert S. Ford played a central role in laying the groundwork within Syria as well as establishing contacts with opposition groups. The US embassy was subsequently closed down in February 2012.

Ford also played a role in the recruitment of Mujahideen mercenaries from neighboring Arab countries and their integration into Syrian “opposition forces”. Since his departure from Damascus, Ford continues to oversee the Syria project out of the US State Department:

“As the United States’ Ambassador to Syria—a position that the Secretary of State and President are keeping me in —I will work with colleagues in Washington to support a peaceful transition for the Syrian people. We and our international partners hope to see a transition that reaches out and includes all of Syria’s communities and that gives all Syrians hope for a better future. My year in Syria tells me such a transition is possible, but not when one side constantly initiates attacks against people taking shelter in their homes”. (US Embassy in Syria Facebook page)

“Peaceful transition for the Syrian people”? Ambassador Robert S., Ford is no ordinary diplomat. He was U.S. representative in January 2004 to the Shiite city of Najaf in Iraq. Najaf was the stronghold of the Mahdi army. A few months later he was appointed “Number Two Man” (Minister Counsellor for Political Affairs), at the US embassy in Baghdad at the outset of John Negroponte’s tenure as US Ambassador to Iraq (June 2004- April 2005). Ford subsequently served under Negroponte’s successor Zalmay Khalilzad prior to his appointment as Ambassador to Algeria in 2006.

Robert S. Ford’s mandate as “Number Two” (Minister Counsellor for Political Affairs) under the helm of Ambassador John Negroponte was to coordinate out of the US embassy, the covert support to death squads and paramilitary groups in Iraq with a view to fomenting sectarian violence and weakening the resistance movement.

John Negroponte and Robert S. Ford at the US Embassy worked closely together on the Pentagon’s project. Two other embassy officials, namely Henry Ensher (Ford’s Deputy) and a younger official in the political section, Jeffrey Beals, played an important role in the team “talking to a range of Iraqis, including extremists”. (See The New Yorker, March 26, 2007). Another key individual in Negroponte’s team was James Franklin Jeffrey, America’s ambassador to Albania (2002-2004).

It is worth noting that Obama’s newly appointed CIA head, General David Petraeus played a key role the organization of covert support to Syria’s rebel forces, the infiltration of Syrian intelligence and armed forces, etc.

Petraeus played a key role in Iraq’s Salvador Option. He led the Multi-National Security Transition Command (MNSTC)  “Counterinsurgency” program in Baghdad in 2004 in coordination with John Negroponte and Robert S Ford at the US Embassy in Baghdad.

An official from the U.S. Embassy said that Turkish and American officials discussed “more fruitful cooperation on the region’s most pressing issues in the coming months.” Turkish officials said Erdoğan and Petraeus exchanged views on the Syrian crisis and anti-terror fight. (CIA chief visits Turkey to discuss Syria and counter-terrorism | Atlantic Council, March 14, 2012).

The US State Department in collaboration with several US intelligence agencies and the Pentagon is overseeing US support to the Free Syrian Army.

Under Jeffrey Feltman’s supervision, the actual recruitment of terrorist mercenaries, however, is carried out in Qatar and Saudi Arabia in liaison with senior intelligence officials from Turkey, Saudi Arabia, Qatar, Libya and NATO. The former Saudi ambassador to the US, Prince Bandar, who remains a key member of Saudi intelligence, is said to be working with the Feltman group in Doha.

Terrorism is “Made in the USA”. The “Global War on Terrorism” is a Fabrication, A Big Lie/Prof. Chossudovsky

U.S And Canada Are Sponsors Of Terror Strikes On Gaza’s Palestinians