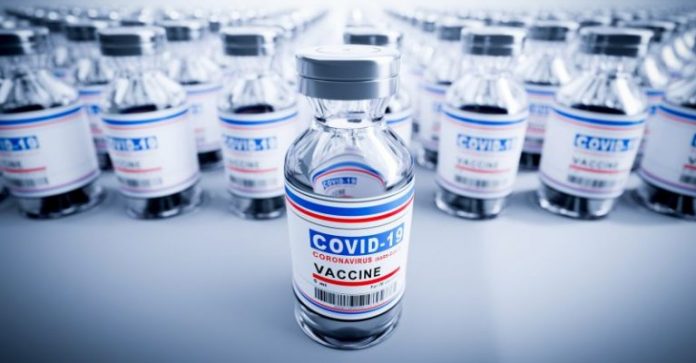 The masters behind covid-19 have designed the perfect WWIII scenario. No need for a war that destroys the infrastructure. The fear-mongering and coerced vaxxing apparatus is and will be massively sterilizing as well as resulting in mortality:

“More people, according to VAERS, have died after getting the shot in four months during a single vaccination campaign than from all other vaccines combined over more than a decade and a half.”

The article below is a followup on a previous article by Peter Koenig entitled:

We are at the cross-roads of falling into the fangs of a diabolical super-capitalist “cult” that wants to decimate massively our world population. In fact, it has already started.

And what these “diabolical elites” usually do, is to announce their “horror plans” in advance in the form of  “scenario planning” and “simulations”.  And they did. We cannot say we were not told.

1. The 2o10 Rockefeller Report entitled Scenarios for the Future of Technology and International Development– pointed already more than 10 years ago to the “Lockstep Scenario” – which we are in right now, plus three more sinister scenarios. Preparation for this report – and the well-laid out plan started decades before. In its introduction, the report says,

“We believe that scenario planning has great potential for use in philanthropy to identify unique interventions, simulate and rehearse important decisions that could have profound implications, and highlight previously undiscovered areas of connection and intersection” …..

“The results of our first scenario planning exercise demonstrate a provocative and engaging exploration of the role of technology and the future of globalization….”

I believe it is not a coincidence that 9 years later, the so-called Event 201, sponsored by the Bill and Melinda Gates Foundation – BMGF (a close associate of the Rockefellers), the Johns Hopkins School of Medicine – JHSM (created and funded by The Rockefellers) and the World Economic Forum – WEF (a consortium of neoliberal capitalist entrepreneurs and thinkers), computer-simulated the first scenario outlines by the Rockefeller Report, the “Lockstep Scenario”, a corona virus outbreak creating worldwide havoc, killing 65 million people in 18 months, and destroying / destabilizing a large part of the world economy, creating misery, famine and death.

Although there is no direct reference to the clear eugenics agenda of the R-Report, its focus is on how philanthropy may help shape the future of the poor, of developing countries. There is enough insinuation to conclude that one of the tools to help is population reduction. See the following in the Introduction section:

“The results of our first scenario planning exercise demonstrate a provocative and engaging exploration of the role of technology and the future of globalization ….”

“…. how can we best position ourselves not just to identify technologies that improve the lives of poor communities but also to help scale (emphasis by author) and spread those that emerge? And how will the social, technological, economic, environmental, and political conditions of the future enable or inhibit our ability to do so?”

The main purpose of Event 201 was computer-simulating precisely what began a few months later in Wuhan, China, and is happening today.

It is what the R-Report referred to as scaling the population? And that in the presence of the famous and powerful, representatives of the highest levels of the UN, WHO, IMF, World Bank UNICEF, CDC, FDA, EU / EC, and many more.

For those who don’t know, the JHSM was created and is funded by the Rockefeller Foundation – a key propagator of eugenics. The Rockefellers already supported Hitler and his eugenics agenda, by supplying the Third Reich with petroleum to sustain its economy and, especially, to invade the Soviet Union, to destroy the capitalist threat of communism. Alas, they failed. (See analysis of historian Dr. Jacques Pauwels, The Myth of a Good War)

3. Henry Kissinger’s 1974  National Security Study Memorandum 200 (NSSM200)– stating population growth as a national security threat. The report is still valid, more than ever – and its implementation in full swing.

While the report does not contain a direct quote of population reduction or otherwise a direct reference to a eugenics agenda, it is multiple times insinuated by referring to population growth being a “National Security Threat”, a State Department lingo for “controlling overpopulation”, i.e., reducing population.

Well, Bill Gates and many of his billionaire cronies are working on food control, world wide, but especially beginning in the US, where Gates has become the largest private landowner of the United States with at least 242,000 acres (about 980 square kilometers) of American farmland, spread over several states.

4. Klaus Schwab’s (WEF founder and CEO for life) “The Great Reset” describes in detail what is to happen to humanity in the coming ten years, also called the UN Agenda 2030, with the infamous concluding quote, by 2030 “You will own nothing, and you will be happy”.

video “You’ll own nothing, And you’ll be happy.”

Again, there is no direct reference to a coming depopulation of the world.

However, in an interesting 2016 interview with Swiss French TV, Klaus Schwab talks about implanting microchips:

“What we see is a kind of fusion of the physical, digital and biological world”.

These statements in 2016 clearly announce The Great Reset, with all its consequences, where Artificial Intelligence (AI) merges with humankind, whereby “human survivors” become fully controlled “transhumans”, responding to outside computer signals.

There is no limit of what such computer signals can do to humans, aka, “transhumans” – a term first invented by Klaus Schwab in his book, “The Fourth Industrial Revolution”.

Later he refers to covid-19  as “The pandemic [which] represents a rare but narrow window of opportunity to reflect, reimagine, and reset our world”.

In other words, the world that we tirelessly built together for decades is no longer viable and satisfactory. Let’s scrap it and reconstruct it altogether as soon as possible.

What he doesn’t say, but is implicit in his Great Reset, is that his new world, a One World Order, will be reigned by a tyranny of an all-possessing few billionaire oligarchs. The infamous conclusion of the Great Reset is “You will own nothing, and you will be happy.”

5. The Georgia Guidestones,a granite monument,  “anonymously” erected in 1980 in Elbert County, Georgia, in the US of A, speaks for itself.

The monument makes ten predictions, of which the first one is “Maintain humanity under 500,000,000 in perpetual balance with nature”.

Given today’s world population of about 7.7 billion (2019), this implies a reduction of almost 95%. We can only hope that this remains but a pipedream. For details on the Guidestones monument see here

And there are many more signals which we may have heard of, or vaguely perceived, but soon forgotten. Some of them, like the full contents of the WEF’s Great Reset – is so horrifying that many who heard of it, or even read it, simply discard it, as unreal.

That’s a mistake. You should take note and realize this is a diabolical plan. BUT you should not be afraid – NEVER – instead bond together, with our spiritual and human positive-thinking power we can vibrate with the light – and overcome.

The crossroads dilemma is – do we accept this diabolical project, or do we choose the light?

Choosing the light, the truth – might be much more uncomfortable than “sticking with the darkness”, the lies we have been told and tolerated for so many years.

Choosing the light, the truth makes us strong, makes us swing on a high frequency.  But it requires togetherness and perseverance – the reinvention of the term “solidarity” – and spirituality. And we will.

Peter Koenig is a geopolitical analyst and a former Senior Economist at the World Bank and the World Health Organization (WHO), where he has worked for over 30 years on water and environment around the world. He lectures at universities in the US, Europe and South America. He writes regularly for online journals and is the author of Implosion – An Economic Thriller about War, Environmental Destruction and Corporate Greed; and  co-author of Cynthia McKinney’s book “When China Sneezes: From the Coronavirus Lockdown to the Global Politico-Economic Crisis” (Clarity Press – November 1, 2020);

Bizarre Phenomenon: Unvaccinated Getting Sick Being Around the COVID Vaxxed

Video: The Corona Crisis and the Criminalization of Justice. Reiner Fuellmich and Michael Swinwood