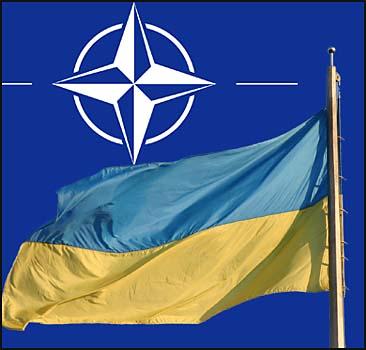 Roger Wicker, member of the Armed Services Committee of the US Senate, stated in an interview with Fox News (8 December) that he did not rule out a direct US military intervention against Russia to “defend Ukraine” and, without being asked by the interviewer, added: “You know that we do not rule out first-use nuclear action”, that is, using nuclear weapons first. This is a cross-cutting message to Moscow about U.S. determination to support a possible Kiev attack on the Russians in the Donbass. It would certainly be presented as a response to an attack carried out by the Donbass Russians. In the minds of those who have been implementing the strategy of tension against Russia since 2014, this would still be a winning move.

Moscow would have two alternatives: not to intervene militarily in defense of the Russians in the Donbass, leaving them to be overwhelmed by the Ukrainian attack supported de facto by NATO and forced to leave the region by taking refuge in Russia, a decision that would be traumatic for Moscow especially internally; or to intervene militarily to stop the Ukrainian attack, exposing itself to international condemnation for “aggression and invasion of a sovereign state”.

Ukrainian generals have warned that they would not be able to “repel Russian troops without a massive infusion of military aid from the West.” The infusion has already begun: the U.S., which has already given Kiev a military aid of 2.5 billion dollars, provided in November another 88 tons of ammunition as part of a “package” of 60 million dollars, including Javelin missiles already deployed against the Russians in the Donbass. At the same time, the U.S. has sent more than 150 military advisers to Ukraine who, flanked by those of a dozen NATO allies, actually direct operations.

The situation is even more explosive because Ukraine – today a partner but in fact already a NATO member – could be officially admitted as the 31st member of the Alliance, with the consequence that, according to Article 5 of the North Atlantic Treaty, the other 30 NATO members would have to intervene militarily on the Donbass front in support of Ukraine against Russia. The Russian Foreign Ministry asked NATO not to admit Ukraine, so as not to further increase military and political tension in Europe, recalling that since the end of the Cold War Russia has received repeated assurances that NATO jurisdiction and military forces would not advance one inch to the East, but that such promises have not been kept. As a result, the Russian Foreign Ministry proposed that NATO open negotiations for long-term agreements that would prevent further NATO expansion eastward and the deployment of weapons systems in close proximity to Russian territory. The proposal was sharply rejected on December 10 by NATO, through the mouth of Secretary General Stoltenberg: “The relationship of NATO with Ukraine will be decided by the 30 members of the Alliance and Ukraine, and no one else”.

Immediately after, yesterday December 13, the Foreign Ministers of the G7 (United States, Canada, United Kingdom, France, Germany, Italy, Japan) and the High Representative of the European Union, meeting in Liverpool, have declared to be “united in condemning the military build-up of Russia and its aggressive rhetoric towards Ukraine” and that “Russia should have no doubt that further military aggression against Ukraine would have as a response massive consequences and serious costs”.

Meanwhile Finland, EU member and active NATO partner against Russia, announces the purchase of 64 F-35A fighter jets from Lockheed Martin at a price of 8.4 billion euros that, including infrastructure, rises to 10 billion, to which the government will add another 10 billion euros for their maintenance and modernization. The 64 F-35A nuclear attack aircraft will be deployed on the border with. Russia, just 200 km from St. Petersburg, in fact under the command of the U.S. which, as Senator Wicker recalls, does not rule out using nuclear weapons first.

UKRAINE – AMERICAN MERCENARIES TRAIN UKRAINIAN NEO-NAZIS TO PREPARE THEM TO...