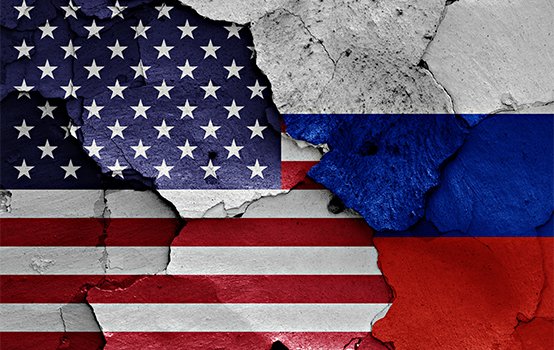 Jens Stoltenberg, Washington’s NATO puppet, says “peace negotiations,” not Russian victory, will end the conflict in Ukraine. So, Stoltenberg is counting on the Kremlin, whose leaders have said they will never again trust the West, to sit down again with the West and again agree to another worthless agreement. Considering the difficulty the Kremlin has in accepting reality, I suppose it is possible.

How is this to be done? Military conquest? A color revolution based on years of US financed NGOs permissively operating in Russia? Discrediting of Putin and his government?

The CSCE doesn’t say, but it has to be done as there is the need to break up Russia into smaller states for “moral and strategic” reasons.

READ MORE: The Insanity of the West Accelerates

When people whistling past the graveyard assure themselves that the Ukraine conflict won’t widen and that nuclear war is impossible because countries don’t commit suicide, they ignore the massive role of delusion that operates throughout the West that provides assurance of American hegemony.

Not only is the US going to bust up Russia into small states, but also, according to the US National Security Council, “Zelensky is going to get to determine what victory looks like” and to determine “when the conditions are met to build peace.” See this.

The war has already widened with the US and NATO countries falling under the Kremlin’s designation of combatants for supplying Ukraine with weapons and military intelligence.

The war has been widened to the extent that Lithuania now prevents Russia from supplying Kaliningrad, a part of Russia, and by NATO’s intended expansion into Finland, thus greatly lengthening NATO’s presence on Russia’s borders. People can fool themselves that this is not widening the conflict, but they forget that the conflict originated in the West’s refusal to acknowledge Russia’s legitimate security concerns. Now the West has greatly expanded the area of Russian concern.

My own view, to again state it, is that the combination of Western delusion with Kremlin toleration of provocations and belief in the value of negotiations, such as the 8 years the Kremlin wasted on the Minsk Agreement, the primary cause of Russian casualties today in Ukraine, guarantees war. There can be no other outcome.

If Russia succumbs yet again to trust in negotiation and makes a deal with Ukraine, the deal will not be kept any more than was the Minsk Agreement, the US pledge not to expand NATO to Russia’s borders, and the arms limitation agreements worked out over the decades, all abandoned by Washington.

The only result of a negotiated settlement will be that once again Russia will have given its enemies more time to demonize Russia, prepare more provocations, and beef up their military capability.

As I have said, the only thing that can prevent a wide war is a strong Russian foot that gives the lie to the US Government’s belief, as recently stated by the Department of State, that Russian red lines are merely “bluster.”

The West is so deluded that Russia is not taken seriously. Even tiny, insignificant, Lithuania is not afraid of Russia. Even countries heavily dependent on Russian energy repeatedly stick their fingers into Russia’s eyes. How much more can Russia take? This is a situation very ripe for a big war.

Dr. Paul Craig Roberts writes on his blog site, PCR Institute for Political Economy, where this article was originally published. He is a regular contributor to Global Research.

Featured image is from danielo / Shutterstock

Ukraine: The US and NATO Created this Mess/ By Hamilton Coalition...