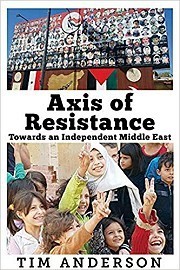 ISIS is not “blow back”. ISIS did not “fill a vacuum”. The West did not “give rise” to ISIS.

Sometimes the West’s support for ISIS is covert, with a view to perpetrating the doctrine of “plausible deniability”. Other times it is overt, such as the West’s intentional murder of over 100 Syria soldiers at Jabal al Tharda, on 17 September, 2016. (1)

Washington’s assassination of General Qassem Soleimani was overt support for ISIS/Daesh. ISIS/Daesh, like Washington, is benefitting from the assassination, for the moment, since Soleimani played a key role in destroying al Qaeda/ISIS terrorism in the Middle East.

“The death of General Soleimani,” writes Senator Richard Black, “is a great tragedy. We have killed one of two generals most responsible for defeating ISIS and al Qaeda.” (2)

So now there is a resurgence of US troops and a parallel resurgence of ISIS.(3) This is what Washington wants. The covert Permanent State controlling the Washington Military Dictatorship wants war, not peace.

READ MORE:
The War on Syria was Pre-Planned. ISIS Was Financed by the US and its Allies