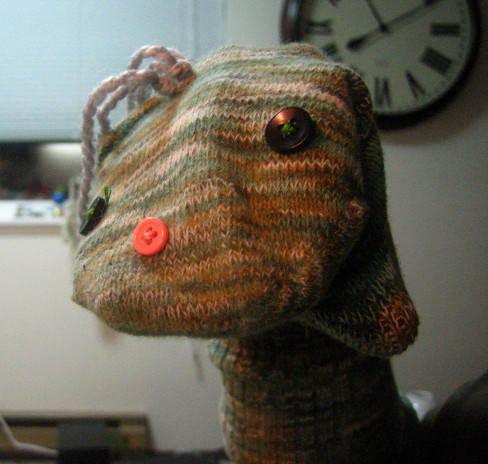 Of relevance to the covid-19 crisis, Vac Truth points out the following:

“Manufacturers hide information from doctors about ingredients and conceal their sinister plans for vaccine production so that doctors will continue to feel comfortable recommending vaccines.”

Doctors have no possibility whatsoever of knowing the complete composition of vaccines, nor do health authorities – or, in fact, anyone else.

Here are some of the methods manufacturers use to conceal the presence of ingredients in vaccines:

Some “GRAS” (acronym for Generally Recognized as Safe) substances are not revealed due to trade secrets. This includes many oils, including peanut oil.

This is one reason why there are millions of people in the world who are allergic to peanuts and other vaccine ingredients. [1]

Incredibly, the presence of almost any substance may be concealed on the condition that manufacturers apply for dispensation to official labeling requirements.

This exemption applies even to the presence of neurotoxic substances such as aluminium, which is included in many vaccines to stimulate immune response.

Regarding concealment of the presence of aluminium in vaccines, Dr. Paul King states:

“Because aluminum adjuvants are “regulated” substances used in vaccines before the FDA came into existence, they are subject to the regulations set forth in 21 CFR Sec. 610.15a.

However, the FDA has added a subsection (d) to these requirements that states,

“Many vaccine manufacturers voluntarily began producing ‘supposed’ mercury-free vaccines in 1999. The June 2006 lab result from Doctor’s Data run counter to vaccine manufacturers’ claims. For example, some product inserts currently claim that a trace amount of mercury exists in the final product but the amount has been greatly reduced. Others claim to be producing completely mercury-free products. All four vaccine vials tested contained mercury despite manufacturer claims that two of the vials were completely mercury-free. All four vials contained aluminum, one contained nine times more than the other three, tremendously enhancing the toxicity of mercury.” (Health Advocacy in the Public Interest, 8/12/04)

Presence of Traces of Food Protein is Concealed

“Only the FINAL culture is listed on the package insert. Until then they use FOOD WASTE! This is another source of minute traces of food protein that some unlucky child will get in a vaccine. Every food oil known to man can be used in the vaccines. They are highly refined which only means not all children will get a food allergy, only the unlucky ones who get the remaining protein particles in their vaccine. The oils and who knows what else fall under “self-affirmed generally recognized as safe ingredients,” not even our government is entitled to know what is in the vaccines.”

“Manufacturers have been instructed to ensure the final vaccine contains less than 1 million residual animal cells and the amount of stray DNA is less than 10 ng per vaccine dose. These regulations admit that animal DNA is injected into human babies and adults with every shot.” [3]

Presence of Foreign DNA May Be Unknown Even to Manufacturers

As analysis methods have become more advanced, some ingredients are unexpectedly discovered long after vaccines have been marketed.

One of many examples is SV40 DNA in polio vaccines, which has been administered to millions. [4] [5] It has been detected in human malignancies and can be passed through generations.

Other examples of contamination include the unexpected discovery of pig virus DNA in rotavirus vaccines and retrovirus avian (bird) leukosis virus in a measles vaccine. [6]

An independent researcher discovered aluminium-bound recombinant DNA in Gardasil, classed as a biohazard. The consequences are unknown and may be horrific. [7] [8]

Doctors do not know the amount in each dose of the following:

Mercury in the form of thimerosal is included as a preservative in multi-dose vials. If vials are not shaken thoroughly between each dose withdrawal, the last doses will contain large amounts of mercury. This is because mercury is heavier than water and sinks to the bottom of the vials.

Amounts vary according to the degree of leaching from rubber components of syringes and vial stoppers.

Increases according to the number of times doses are withdrawn from vials.

May be in the form of particles which are suspended in the vaccine fluid. The amount of antigen varies according to the technique of the person who administers the vaccine.

As more doctors pose pertinent questions, manufacturers and health authorities are planning to conceal even more information from them so that doctors may feel comfortable and positive about vaccines.

At a meeting of the Vaccines and Related Biological Products Advisory Committee (VRBPAC) on September 19, 2012, at which FDA and vaccine manufacturers were represented, the topic was Consideration of the Appropriateness of Cell Lines Derived From Human Tumors For Vaccine Manufacture.

Part of the transcript of the meeting was salvaged and has revealed that authorities and manufacturers are concerned that doctors may feel uncomfortable about the intention to use human cancer tumors for vaccine production.

There was a discussion, as follows, about several ways to conceal this information from doctors and the public, including its omission from package inserts and how to present the disgusting method of vaccine production to doctors so that they may find it acceptable:

“ … a few people have said it directly — is the scientific community’s perception, including the practicing medical community, and also the lay public. They are going to hear that we are recommending or that you are doing or that the manufacturers are making vaccines with tumorigenic cell lines and say, oh, my God, even if there’s no scientific basis to say, oh, my God.

I think we’re better off heading that discussion off at the pass and starting some of the ideas that Dr. Marcuse said, which is a Scientific American type of article informing practitioners — and I had some lunch conversations with other people that talked about some of the vaccine-consuming community that might perceive a very great difference even if scientifically there isn’t one.”

The Impacts of Vaccines: Aluminum, Autoimmunity, Autism and Alzheimer’s

Pandemic Vaccination – Why You Should Be Concerned

As the summer of 2009 winds down, the debate over “pandemic” vaccinations in the nation’s “public” schools is beginning to ramp up. According to the Associated Press, hundreds of public schools are “heeding the government’s call to set up flu clinics in the fall, preparing for what could be the…

13 June 2021The original source of this article is Vac Truth