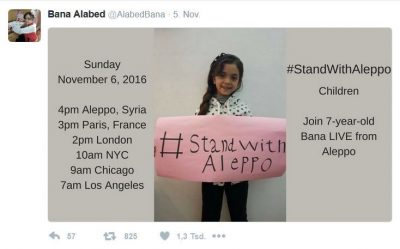 Not only do NATO terrorists engage in organ harvesting[1], for example, but they engage in sex slavery as well. Author and human rights activist Ewelina U. Ochab reports the following:

“During my recent trip to Iraq, I was shown a document, dated October 16, 2014, listing the prices for the purchase of Yazidi and Christian girls and women. The prices ranged from 75,000 Iraqi Dinar (about $64) for a thirty- to forty-year-old woman, to 200,000 Iraqi Dinar (about $170) for a girl between one and nine years old. Overall, the younger the girl or woman was, the higher the price to be paid – the sight of such prices being paid for babies and young children filled me with unimaginable horror at the pain they would go through.”[2]

Since the White Helmets are al Qaeda auxiliaries, again, proven beyond a reasonable doubt, it follows that we should be viewing their videos with a critical eye.

Given what we know of the terrorists’ illicit operations, if videos or other media products feature children, as they so often do, the following questions need to be asked:

A more subtle (but effective nonetheless) example of child exploitation, instrumentalized to promote war and terrorism, involves 8 year old Bana Alabed, whose parents are al Qaeda affiliated. “Bana’s” alleged tweets, taken in their entirety, serve as propaganda to advance the goals of her terrorist-affiliated parents who lived in a terrorist-occupied area of East Aleppo from which terrorists launched gas cannister bombs —- filled with explosives and shrapnel (i.e. nails) — onto innocent civilians in Aleppo.

“(i)t must be one of the greatest propaganda achievements of modern times that Washington (with its embedded media) has succeeded in convincing millions of apparently educated people in western cultures that it has “NOT” been conducting a war against Syria for the past seven years,” [3]

attests not only to the power of Western propaganda, but also to the urgency for Western populations to become more critical media consumers.

The impacts of the Western-imposed war on Syria will resonate for many generations.