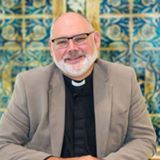 Two years ago, I visited the remains of the ‘White Helmets’ HQ in East Aleppo. It was situated in a compound of four school buildings adjacent to each other which included the local Jabhat al-Nusra (Al Q’da HQ). The beloved ‘White Helmets’ and their supporters have been and continue to be supported and funded by the British Government. The first two photographs were taken in their school compound.and represent the people whom our government, media, advisers and NGO agencies have consistently supported in the Syrian conflict. The first poster tells how women should be dressed and wear the hijab:
“Women should wear clothes that cover the whole body.
The clothes should be wide and not like men’s clothes.
Women should not wear perfume.
The clothes should not be like those of the ‘infidels’.
The clothes should not be attractive.”
The second poster uses Quranic texts to affirm the oneness of God and ensure that people should only worship the one God. It is a barely concealed critique of religious pluralism in a country which is home to more Islamic and Christian diversity than most countries in the region.
The third photograph shows a group of volunteers at a children’s project in Aleppo, who represent that diversity that the western-backed militants wish to crush, and the women whose freedom they wish to deny. But our government and media will neither listen to their voices nor make it possible by sanctions for anyone to support their initiatives.

Here we are in east Aleppo and we have had a truly remarkable and very disturbing 2 hours in east Aleppo we visited what was the largest eye hospital in the Middle East which was converted into a Sharia court and a prison by the militants.

We visited this court and there were court papers on the ground still describing court punishments that they would distribute. We went into the prison we found all sorts of documents there, and also lots of hardcore Islamist material they would give to prisoners and graffiti on the walls telling prisoners how they should think and strict Sharia rules.

We’ve just come as well to the center for the White Helmets which is right adjacent to the headquarters of Jabhat al Nusra and the other militant factions. The schools around here are just filled with remarkable graffiti Islamic graffiti telling people how they should live describing strict, strict Islamic rules and cursing anybody who opposes them.

Behind me I have got one of the British ambulances and most of and most of the charities which are supporting Syrian people are actually support have been supporting the militant groups. Most of the aid has gone to militant groups.  Its believed that this ambulance is actually  the ambulance in which the militants sat little Omran that famous picture that went viral with him sitting in the ambulance covered in dust and he was forced to sit there without any help for 40 minutes and in fact he wasn’t injured, he was fine and that was a fake set up picture that went viral around the world and caused lots of sympathy.

There’s stuff all over the place showing where this came from. We’ve been supporting everywhere the walls are covered with with militant extremist graffiti its quite horrific and these are the guys that we are supporting.

I’ve just come from a 2 hour meeting as well with one of Syria’s most respected Senior Archbishops and talking passionately about the plea to listen to the people of Syria and help Syria and the Christians of Syria help the plurality and diversity of this country be maintained and meanwhile we just blindly blindly support these extremist militants who whose goal is there for all to see if you come to their senses and see what is happening in east Aleppo and why the media don’t come here independent journalists come her.  You can see it and they get dismissed or discredited the mainstream media wont even come and have a look come and see it.  I

It’s all here all the evidence is here to see to show that the sheer extremism and violence of these people what democracy are they seeking to bring and what the hell are we doing supporting this militant violent extremism.

This is what an “Admission against Interest” looks like.