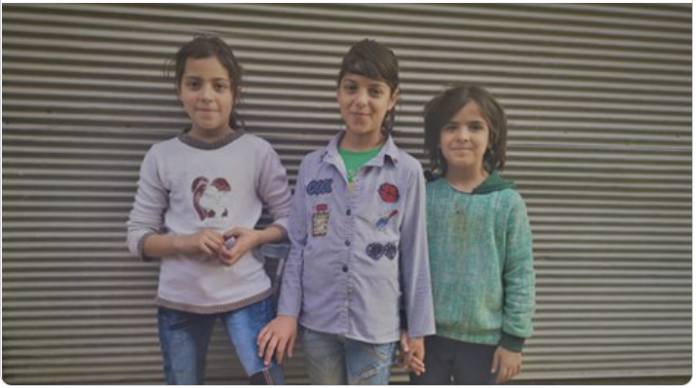 Mahmoud is 18 years old. Three months ago, his mother, aunt and three-year-old baby sister were murdered by an incoming terrorist mortar at the spot where Mahmoud is standing in the photograph. I asked Mahmoud to give me a message for people in the West. He looked puzzled, as if trying to figure out why I would ask him this, before he told me that he wished God would curse the West for their role in promoting and supporting the terrorist groups that massacred his family members. At one point when I was walking in Khalidiyah, this young man came running after me to warn me that further up the street there was a terrorist sniper in position, waiting to pick off any civilians that wandered within range.

Ep 363: Vanessa Beeley on Being Detained at Heathrow & UK’s War on Journalists/ By Slow News Day

The US hypocrisy on Syria/ By Vanessa Beeley and Primo Radical