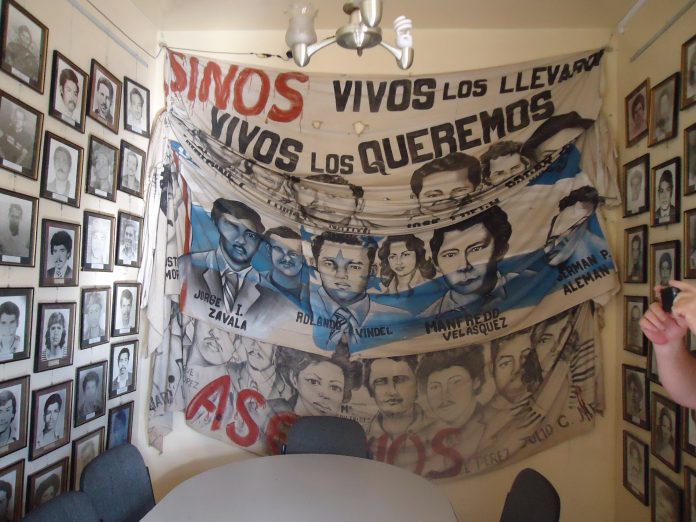 Democracy is usually the first victim of the National Endowment for Democracy (NED), a U.S. agency that promotes the U.S Empire’s foreign policy beneath the false guise of “promoting democracy”.

Considered a “soft” tool of Empire, NED and its subsidiaries work to transform societal fissures in target countries into gaping holes, through which covert agendas can metastize before exploding into illegal regime changes.

Funding flows from the congressional budget of USAID, to NED and its subsidiaries, and finally to factions within target countries whose political economies do not align with globalized economic models of monopoly capitalism.

Beneath NED’s democratic veneer is a Board of Directors replete with members who also represent Fortune 500 companies. Additionally, board members include signatories to the pro-war, pro-corporatocracy think tank Project For A New American Century: Francis Fukuyama, Zalmay Khalizad, Will Marshall, and Vin Weber.

Two (of many) examples of the damages wrought, and liberties lost, include Venezuela and Honduras. The final outcome in the case of China, another country where Empire is interfering in internal affairs, remains uncertain.

In Venezuela and China, NED is a work in progress. NED’s work in Honduras is finished.

Acclaimed attorney and writer, Eva Golinger, explains in “The Dirty Hand Of The National Endowment For Democracy (NED) In Venezuela”, that in 2013 alone, and in “gross violation of Venezuelan law,” NED provided more than $2.3 million to Venezuelan opposition groups and projects.

The clear purpose of the funding is to undermine the democratically-elected Maduro government in favour of a regime that embraces a U.S style (neoliberal) economic model.

NED, then, serves as a “soft” tool to support a soft coup to destabilize Venezuela’s social democracy.

Another article by Golinger, this one entitled “Washington Behind The Honduran Coup” explains that the International Republican Institute (IRI), which receives funding from NED, received more than $1.2 million in 2009 to “intervene in the internal politics of Honduras”.

This intervention contributed to the illegal coup in 2009 which deposed the democratically-elected government of Manuel Zelaya and installed a series of ruthless, murderous dictators, starting with Manuel Micheletti.

In an article entitled “Why Canada And The U.S. Are On The Wrong Side Of Democracy”, I describe the shocking downward spiral of Honduras since the illegal coup, and the concurrent loss of economic and political self-determination.

This, then, is the consistent pattern when Empire intervenes in the internal affairs of other countries.

And finally, a few words about Occupy Central in Hong Kong. Here too, NED and NDI are actively participating in the movement

Unlike its counterparts in North America, Occupy Central has identifiable leaders, including Martin Lee, Jimmy Lai, Joseph Zen, Anson Chan, and Benny Tai, and each of these leaders is connected in one way or another with U.S. contacts, and U.S. funding. All of this, plus the conspicuous absence of banking institutions from the agenda, suggests that Occupy Central is not organic, and that Empire will strongly impact this movement as well.

Time will tell what the impacts will be, but if history provides any clues, the protestors marching valiantly in the streets, demanding justice and democracy, may yet be disappointed.

George Soros and Ukraine as “Torpedo” against RussiaCommentary by Prof Anderson