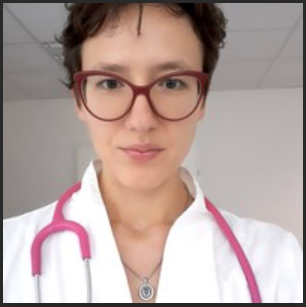 ˝The International Fast-Checking Network (IFCN) is a forum for fact-checkers worldwide hosted by the Poynter Institute for Media Studies. These organizations fast-check statements by public figures, major institutions and other widely circulated claims of interest to society.˝

IFCN Facebook released a statement on December 15, 2016 advising users that they were starting a program to ˝work with third-party fact checking organizations that are signatories of Poynter’s International Fact Checking Code of Principles.˝

Poynter´s journalists are funded by George Soros’ Open Society Foundations, The Bill & Melinda Gates Foundation, the National Endowment for Democracy (which has financial links to the State Department), Ebay’s Omidyar Foundation, and Craig Newmark, the founder of Craigslist who donated a massive $1 million to Poynter to create this ˝anti fake news˝ mechanism. Craig Newmark is also a Clinton campaign donor. As is George Soros and Bill Gates, both big time supporters of the Clinton Foundation as well as Hillary’s election campaign fund. Another Poynter donor, Ebay founder Pierre Omidyar, is also a massive donor to Clinton, giving millions of dollars to the Foundation2.

Danish journalist Iben Thranholm said: ˝It gave me goosebumps to hear those names because they have actually a very strong political agenda. It´s like there are a lot of people who think that it´s dangerous not to be able to control the media, so to sort out what is supposedly the real news and the fake news is actually a way to control the narrative. So if you want to be in opposition to these political powers then you are going to be censored. Of course this is a kind of censorship.˝

The line-up feeds criticism from right-wing commentators that the new fact checking feature will be biased towards left-wing causes and could interfere with the social media feeds of millions of voters. The feature flags any stories which have been disputed by a third party before users attempt to share them and prohibit the promotion of any ˝fake stories˝. The third parties include but are not limited to ABC News, Politico, Snopes and The Washington Post3.

Many times the articles from Fast Checkers do not include actual counter-arguments, but only a plenty of logical fallacies, such as appeal to authority (˝This is fake news because I say so!˝) or appeal to ridicule (˝Your theory is stupid, bizarre, silly, funny…˝). For open, democratic and civilized discussion valid arguments and counter-arguments must be used. Both (or more) sides in any kind of discussion (scientific, political, sociological, theological…) must refrain from using logical fallacies instead of valid arguments. And finally, who is going to fast check the Fast Checkers?

Video: Towards Digital Tyranny. # Say No to the Covid Vaccine...